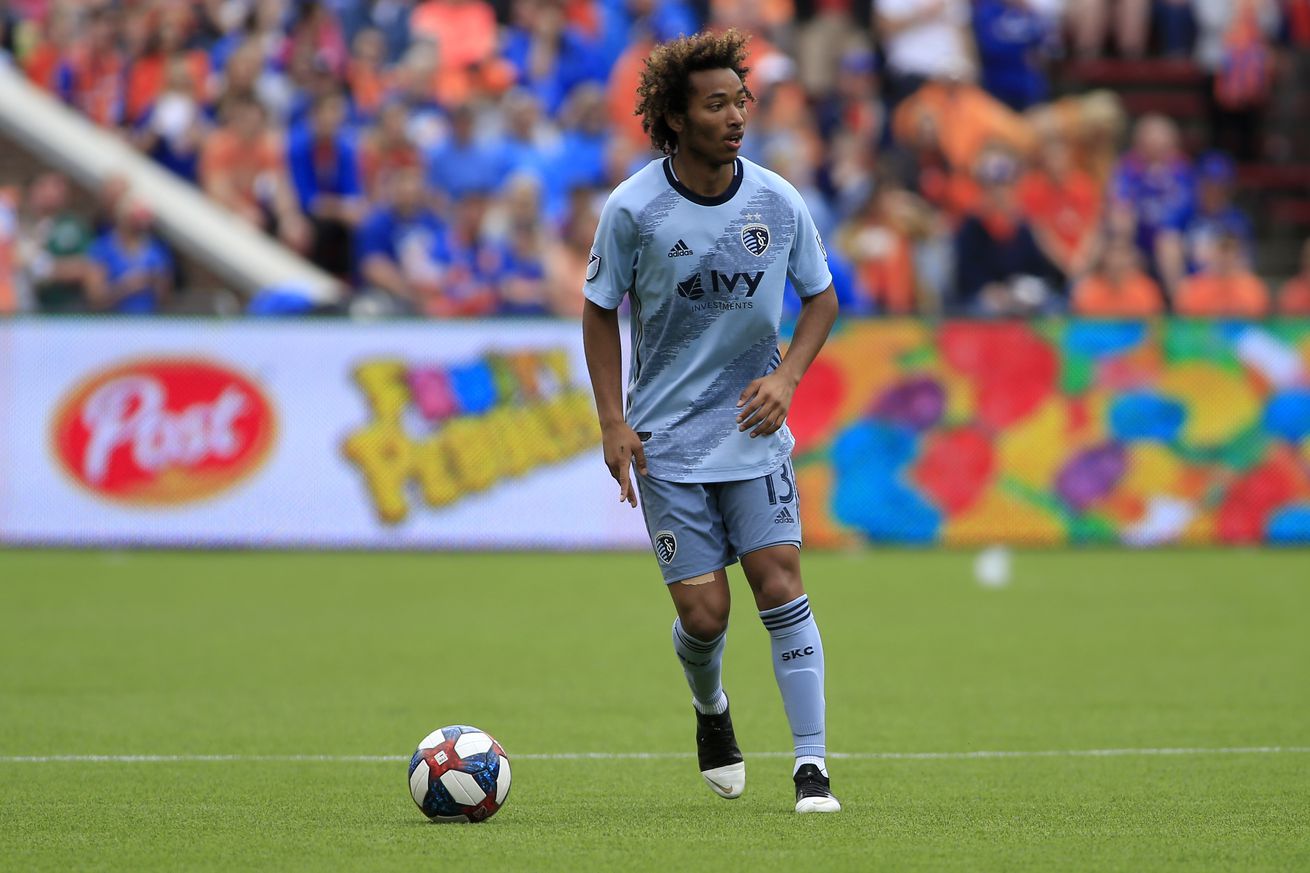 The United States has a hard road to the knockout rounds.

The 2019 FIFA U-17 World Cup is soon to begin in Brazil, and 24 teams will compete for the glory of being named champion. The players, many still amateurs or on academy contracts, are looking to demonstrate their abilities at one of the biggest scouting showcases. Soccer, perhaps above all other sports, celebrates potential and development, with the U-17 World Cup serving as a final stop before entering the professional game. For some, this is the beginning of long, illustrious careers; for others, this tournament will be the main contribution they make to their national team programs.

The United States has once again qualified for the U-17 World Cup and was drawn into a very competitive Group D. If Raphaël Wicky’s side is going to repeat or best its run to the 2017 quarterfinals, it will have to contend with European champions the Netherlands, Asian champions Japan, and Senegal. Third place should get the job done, but nothing is guaranteed in what looks like the tournament’s group of death.

Odds of winning: In the Running

How they qualified: Runners-up at 2019 CONCACAF U-17 Championship

The squad features 17 domestic players and four from international clubs, two apiece in Germany and England; there are seven players who were not a part of the team at the U-17 CONCACAF Championship. The U.S. is stacked with attacking talent. Giovanni Reyna, arguably the most promising prospect in the group, recently joined Borussia Dortmund. Alfonso Ocampo-Chavez, who made three appearances for the Seattle Sounders this season, has scored nine goals at the U-17 level. MLS professionals Gianluca Busio, Griffin Yow, and Ricardo Pepi were key contributors at the CONCACAF Championship, scoring a combined 12 goals.

Wicky became the manager last March, shortly before the qualifying campaign. His team played an impressive attacking style, maintaining possession and looking dangerous in the final third. More recently, the U.S. had an optimistic run of results at the 4 Nations Tournament, beating Mexico, 2-1, and a slightly understaffed Netherlands, 3-1. However, in a pre-tournament friendly, they lost to Brazil, 4-1.

It is imperative that the U.S. gets off to a good start, as the matches will get progressively more difficult throughout the group stage. Anything less than three points against Senegal, the chances of advancing to the knockout rounds would be low. The third match, against a full-strength Netherlands, will require air travel from Cariacica to Goiânia, which isn’t conducive for a team needing a result.

How they qualified: Third place in Group B at 2019 Africa U-17 Cup of Nations

Senegal made it into the tournament on the back of a controversy. Following the alleged use of ineligible players, Cup of Nations runners-up Guinea were disqualified from the World Cup and saw the results expunged. The Lions of Teranga sport one of the worst qualification resumes, failing to win a single match during the continental championship. Regardless, they’re in Brazil and every team is on equal footing.

Only one of Senegal’s players is at a non-domestic club; midfielder Ibrahim Sy is on the books at Reims in Ligue 1. Two clubs, reigning league champions Génération Foot and Diambars FC, provided 13 players for the team. The attacking threats are Samba Diallo and Aliou Balde. Manager Malick Daf deploys a 4-3-3 formation and led his team to a 2-1 friendly victory over Russia’s U-18s last month.

Odds of winning: In the Running

How they qualified: Won 2018 AFC U-16 Championship

It’s been a full year since Japan won the AFC U-16 Championship and earned its spot in the World Cup, but that shouldn’t hold back this talented group of players. Midfielder/forward Jun Nishikawa was named tournament MVP and is included in the roster, despite being a regular with the U-20s and recently making his J1 League debut with Cerezo Osaka. Shoji Toyama is the striker to watch; he netted five goals at the AFC Championship and has been on a tear with the Gamba Osaka reserves. Goalkeeper Zion Suzuki was also on the roster for the U-20 World Cup, but FC Tokyo’s Taishi Brandon Nozawa might end up being the number one.

Despite not partaking in any official competitions, the U-17s have been training and playing matches consistently over the past year. Japan took down Ecuador twice last month and defeated Nigeria, 1-0, in a pre-tournament friendly. According to manager Yoshiro Moriyama, “This group is capable of showcasing a style only Japan can execute.”

How they qualified: Won 2019 UEFA European Under-17 Championship

The Netherlands is known for its player production and youth academies, yet have never won the U-17 World Cup; the 2019 edition is only the fourth time the team has qualified. The Oranje have dominated Europe, winning four UEFA championships, including the most recent one. Kees van Wonderen’s side enters the tournament a favorite and should have no difficultly reaching the knockout rounds.

While many associate the Netherlands with attacking prowess, the defense is the strength of this U-17 squad. Ki-Jana Hoever should be one of the tournament’s best performers; the former Ajax player was the subject of a bidding war before landing at Liverpool. He’s been praised for his composure, speed, and ability to win the ball in the air. Goalkeeper Calvin Raatsie and center back Melayro Bogarde were named to the team of the tournament at the European Championship. Ian Maatsen, who is capable of playing full back and defensive midfielder, recently made his debut at Chelsea in the EFL Cup.

Who will advance from Group D? Will the United States make it to the knockout round?

Petr Yan says Cody Grabrandt is “dumb” and has “no chin”