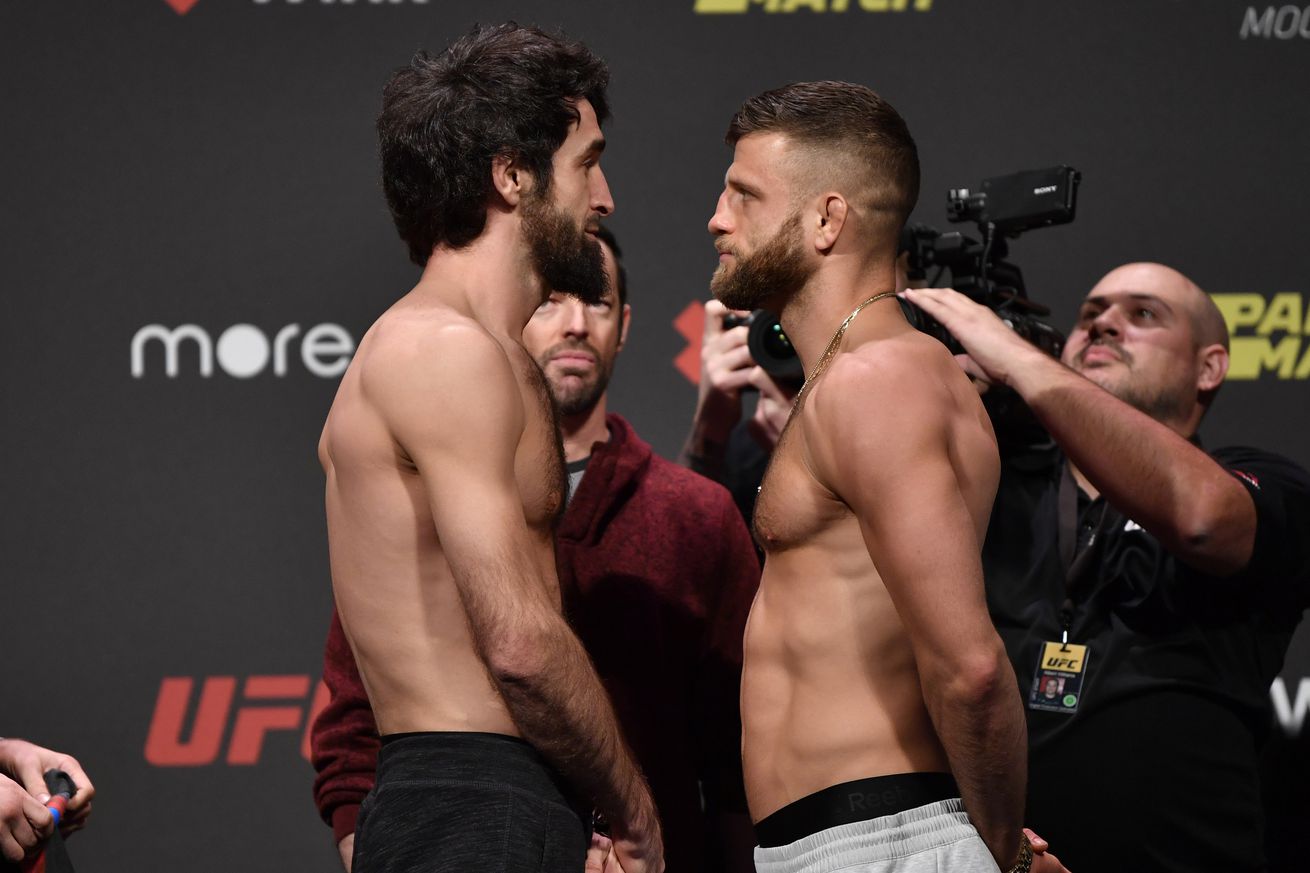 Live, blow-by-blow updates for today’s UFC event in Moscow, which features a featherweight fight as the headliner.

Join us today on Bloody Elbow for live results, discussion, round scoring, and play-by-play (main card) as UFC Fight Night: Zabit vs. Kattar goes down in Moscow, Russia.

This is European show so we’re starting things early.. The seven-fight preliminary card starts at 11am ET/8am PT on ESPN+, while the six-fight main card (for which play-by-play will be provided) will kick off at 2pm ET/11am PT on ESPN+.

Check out this week’s MMA Vivisection for predictions, analysis and betting odds on the each matchup.

Round 1 - Jabs from both men. Low kick from Martin. Left hook and a combo from Emeev. Martin with a strong right. Another. Low kick from Martin trips up Emeev. Martin jumps on his back and looks for a kimura. Emeev is defending. It takes a while but he escapes. Emeev lands a few knees against the cage. Emeev lands a low knee and takes some time to recover. They restart in the middle with 1:45 to go. Emeev with a jab. Another. Emeev awkwardly shoots and is stuffed. Low kicks from Martin. They clinch. 10-9 Martin.

Round 2 - Low kick from Emeev. Martin returns it. Another from Martin. Stiff jab from Emeev. Emeev shoots and falls into a guillotine from Martin. Nothing there so he releases and scoots back to the fence. Emeev traps him and lands a few punches. Martin powers to his feet and spins away. Emeev complains to the ref about...something. Martin with an uppercut on an Emeev takedown attempt. Another low kick. Emeev with a huge right that sends Martin staggering back. Another lands. And the jab. Martin with a right. Emeev checks a low kick. Jab from Martin. They trade shots. Emeev spins but Martin attacks the kimra again. 10-9 Emeev.

Round 3 - Slower start here. Gamzatov missing with a lot of strikes. Abreu catches a kick and slaps him with a left. Body shot from Gamatov, but Abreu cracks him with a counter low kick. Gamzatov goes body-head. Gamzatov with a right. Another pushes Abreu back and gets the crowd going a bit. Left and a leg kick, and he’s in the rhythm. Body shot. Abreu fires back with a combo. Gamzatov ooks to spin but Abreu gets a body lock. They clinch up. Extended battle against the cage. Gamzatov with a knee. They separate with 35 seconds to go. Abreu shoots but Gamzatov defends. 10-9 and 29-28 Gamzatov, but could go either way.

Magomed Ankalaev def. Dalcha Lungiambula by KO (front kick) at :29 of round 3

Karl Roberson def. Roman Kopylov by submission (rear-naked choke) at 4:01 of round 3

David Zawada def. Abubakar Nurmagomedov via submission (triangle choke) at 2:50 of round 1