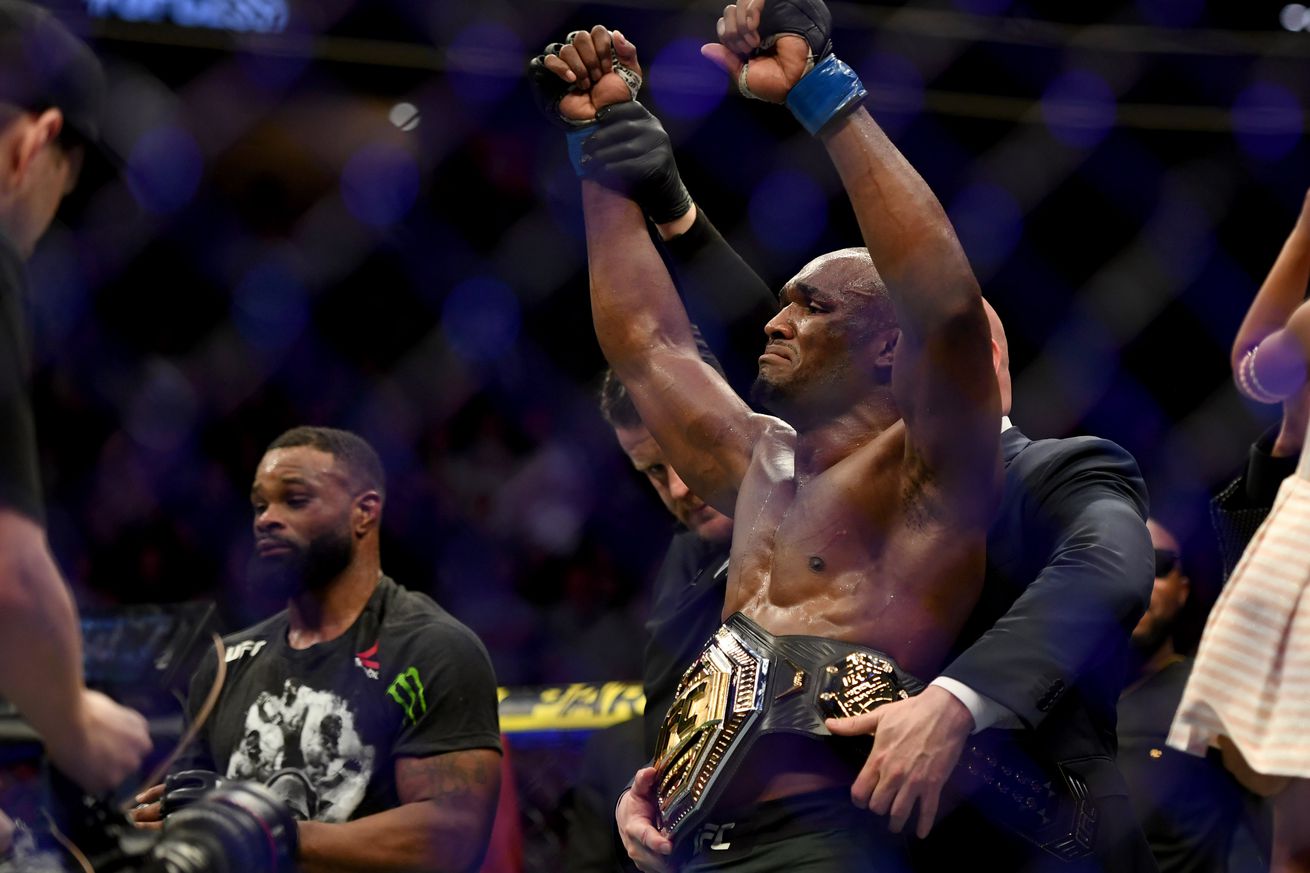 Kamaru Usman will look to defend his Ultimate Fighting Championship (UFC) Welterweight title against bitter rival, Colby Covington, in the main event of UFC 245 on Dec. 14, 2019 in Las Vegas, Nevada.

Before then, let’s take a look back at the night “The Nigerian Nightmare” realized his championship dreams for the first time at UFC 235 earlier this year, also in “Sin City.”

After winning his first nine fights inside the Octagon in the highly-competitive Welterweight division, Usman earned a crack at division king, Tyron Woodley. It was a battle of two great strikers with solid wrestling, and also marked “The Chosen One’s” attempt to defend his belt for the fourth time.

The story of the fight, though, was Usman’s pressure, as he constantly took it to the champ, dominating the wrestling aspect of the fight game, as well. Once on the ground, Usman never slowed down with his attack, landing some ground-and-pound that busted Woodley up.

I mean he was relentless.

In the end, Usman won a clear-cut unanimous decision in one of the most lopsided wins that saw a challenger outclass the champion. Now, “The Nigerian Nightmare” looks to collect his first title defense against a man who is more than capable of bringing the same pressure to the cage.

UFC 245 will also feature a Featherweight title fight that will see Max Holloway defend his strap against Alexander Volkanovksi, while Amanda Nunes defends her Bantamweight belt against Germaine de Randamie.

To see who else will be fighting on the ESPN+-streamed event click here.

Seibold vows to jump before he’s pushed from Broncos