Askham expects best Khalidov ever ahead of KSW 52 main event 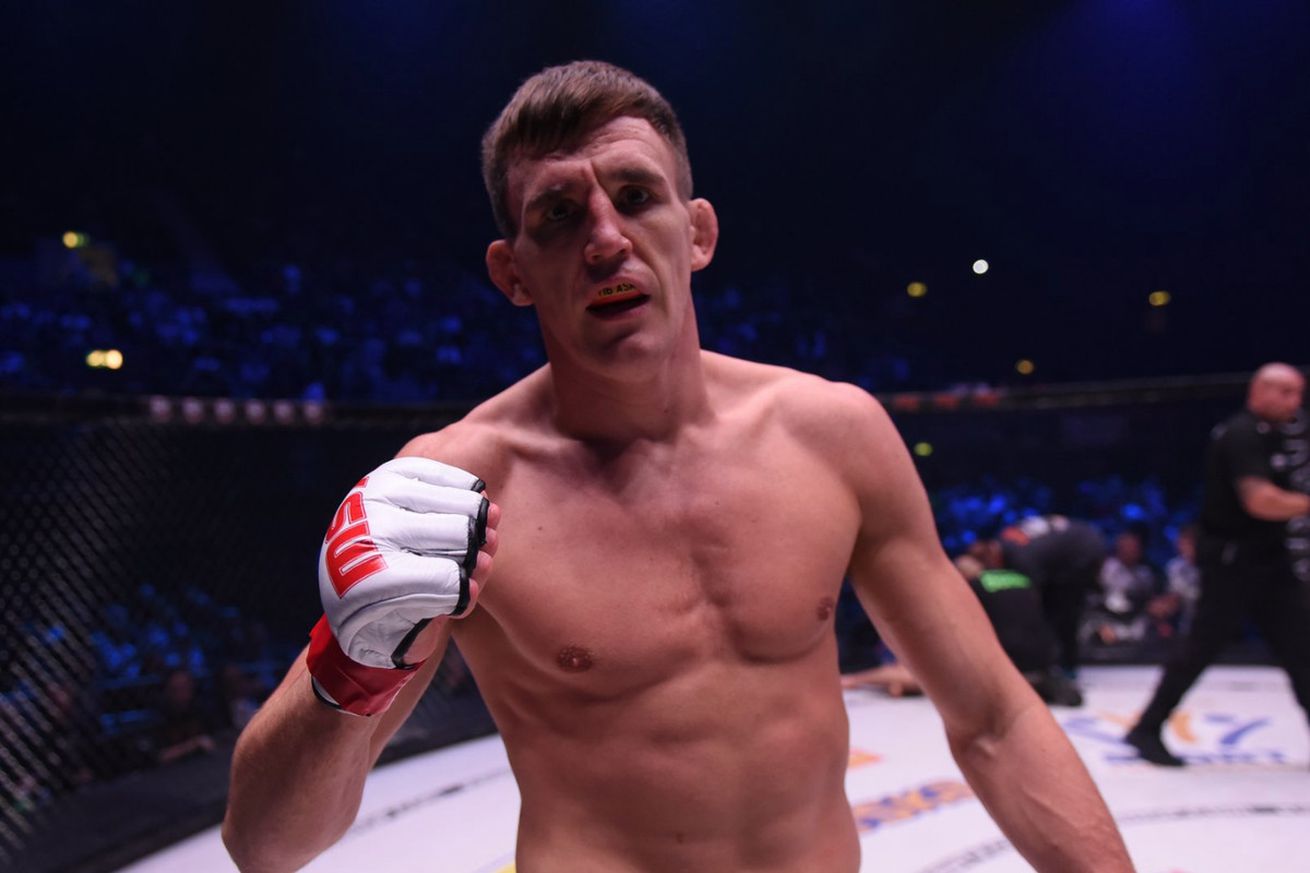 The common perception among many in the MMA community is that once athletes get cut from the UFC, their stock plummets and they fade into obscurity. No such thing can be said about former UFC fighter, Scott Askham, whose career has reached new heights since joining KSW.

Askham (18-4) was released from the UFC in 2017 but signed to the leading European promotion later that year. He faced KSW legend, Michal Materla, in his debut and stopped the Polish fan-favourite with a brutal liver kick in the very first round. Following that impressive performance, the Englishman was entered into a middleweight tournament where a field of four competed for the vacant middleweight title. Askham stopped Marcin Wojcik via another liver kick in the opening frame and finished Materla once again in the final to claim the KSW belt.

Polish MMA legend, Mamed Khalidov, was the one who vacated the same middleweight strap in search of revenge against light heavyweight champion, Tomasz Narkun. After he lost to Narkun for the second time, Khalidov (34-6-2) retired from the sport in December of last year. Despite this, Askham began calling him out believing his retirement claims weren’t genuine. His suspicions were proved to be correct when KSW announced Khalidov would return to face Askham in a non-title catchweight (187lbs) bout at their year-end show.

“I just don’t believe a retirement should happen in the cage after a loss,” stated Askham. “It’s a big decision which should be talked about with your family before announcing it to everyone else. In my opinion, he made the initial call based on emotion. People have said they aren’t sure which Khalidov to expect because of his break from the sport but he usually only fights once a year anyway. The break isn’t anything out of the ordinary from him. I am expecting the best Khalidov ever back at middleweight who everyone seems to have forgotten about. He competes to his peak in this weight class so I hope that version of Khalidov turns up so I can show what I am really made of.”

Khalidov is arguably the best fighter to have ever fought for KSW and a certain aura still surrounds the 39-year-old to this day. He is a former promotional light heavyweight and middleweight champion who once went undefeated for seven years during the peak of his ability. Khalidov has a natural killer instinct which can be seen over his career as he’s finished 30 of his 34 professional wins. A win over the Polish MMA icon still carries great prestige so Askham can’t wait to see how he compares to Khalidov on Saturday night.

“Khalidov has been named alongside some of the best middleweights in the world for years,” discussed Askham. “I keep hearing the term ‘legend’ so to face someone who is seen as that by many is a great feeling. All of the fights I’m booked in now are massive but this weekend could well be one of my most high profile. However, a win would mean as much as all of my other victories and I can’t wait to taste that feeling again!”

Even though Askham is the champion and Khalidov used to hold the same belt, the pair’s meeting at KSW 52 in Gliwice, Poland on Saturday night is at a catchweight. According to Askham, this is because Khalidov didn’t want to go five rounds so the title is not on the line. If the ATT product can remain undefeated in KSW after this weekend, there are no obvious challengers in line to take him on next. Cezary Kesik, who was victorious over Aleksandar Ilic at KSW 51, may be the only fighter on the roster with enough momentum to warrant a crack at the title. However, Askham isn’t concerned that he may run out of challengers and is potentially interested in looking to add another belt to his collection if the terms were suitable.

“I don’t know who could be next to challenge for my belt,” explained Askham. “KSW is a great promotion and I am sure they have some tricks up their sleeves. They managed to keep Khalidov busy when he was champion for long enough so I assume they’ll do the same for me. I would spend all of my career at middleweight because that is my natural weight class but if the money was right, I’d consider moving up to light heavyweight. Everything has a price and becoming a two division champion would be another fantastic moment in my career.”

KSW 52 can be purchased at kswtv.com around the world and kicks off at 6pm GMT. Fans in the US can buy the event on the same website at 1pmET/12c or tune in on DAZN.

Jerami Grant Is Due For A Large Payday

Three and easy for Aston Villa at struggling Fulham