Stamann says he broke Perez before Yadong KO’d him 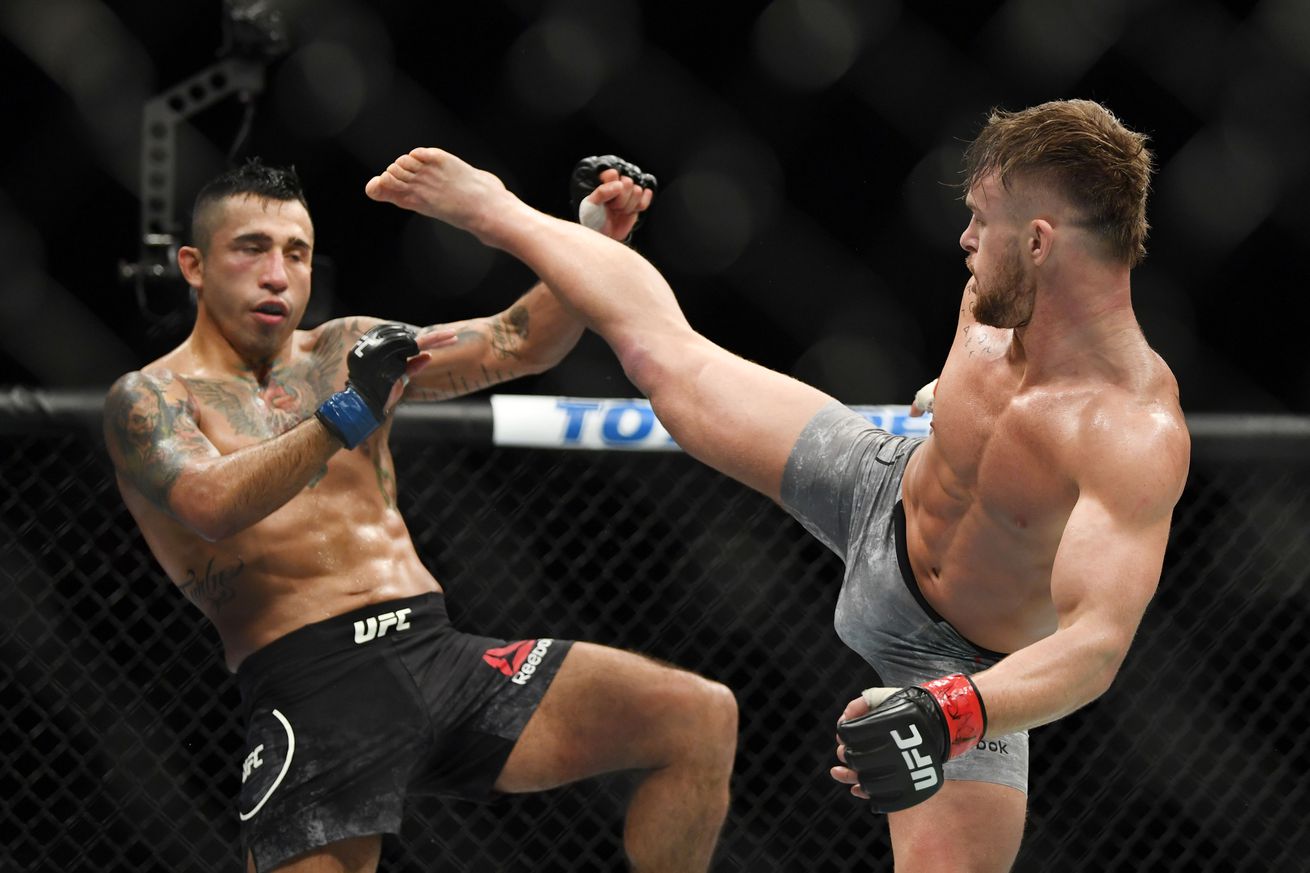 Cody Stamann says the Alejandro Perez that Song Yadong starched is a shell of the man Stamann beat at UFC 235.

There is an interesting road to Stamann vs. Yadong at UFC Washington on Saturday. Yadong was scheduled to fight Perez in March but pulled out of the fight. Stamann stepped in on three weeks notice and beat Perez by unanimous decision at UFC 235. Perez vs. Yadong was rescheduled for UFC 239 and Yadong knocked him out cold in just over two minutes.

Compare those two fights and you could reach the conclusion that Yadong has the advantage going into UFC Washington. Stamann told Bloody Elbow, however, that is not the case.

“I cut 30-pounds for that fight,” said Stamann, noting the short notice nature of the bout. “The guy hadn’t lost in five years. He goes out and loses to a guy who fights him on three weeks notice, me, that really destroys someone’s confidence. I think Song got lucky and he got a broken Alejandro Perez. I got a guy who had been streaking.”

“Yadong is obviously crazy good and crazy young,” he admitted. “You’ve got a 21-year-old kid that has the quality he has. It’s the next generation of MMA. He went pro when he was 15... I wasn’t even thinking about MMA when I was his age.”

Stamann recently turned 30 and will be banking on his age experience.

“If you look at the history of fighting, when you get guys who maybe rise really fast they fall really fast. They’re not ready for it. I don’t think Song can do anything to me that I can’t do to him,” he assessed. “I think I have more experience and whole hell of a lot more wisdom behind me. I’ve been doing this for a long time. I’m crafty in there. I know how to beat guys. More than I’m a fighter, I’m a competitor.”

UFC Washington DC takes place on Saturday, Dec. 7, with the main card airing live on ESPN. The event is headlined by a heavyweight clash between Alistair Overeem and Jairzinho Rozenstruik.

Watch Golfweek Rewind: Tiger misses out on No. 83, the Players boosts its purse

So what did we learn about Newcastle United on Saturday?