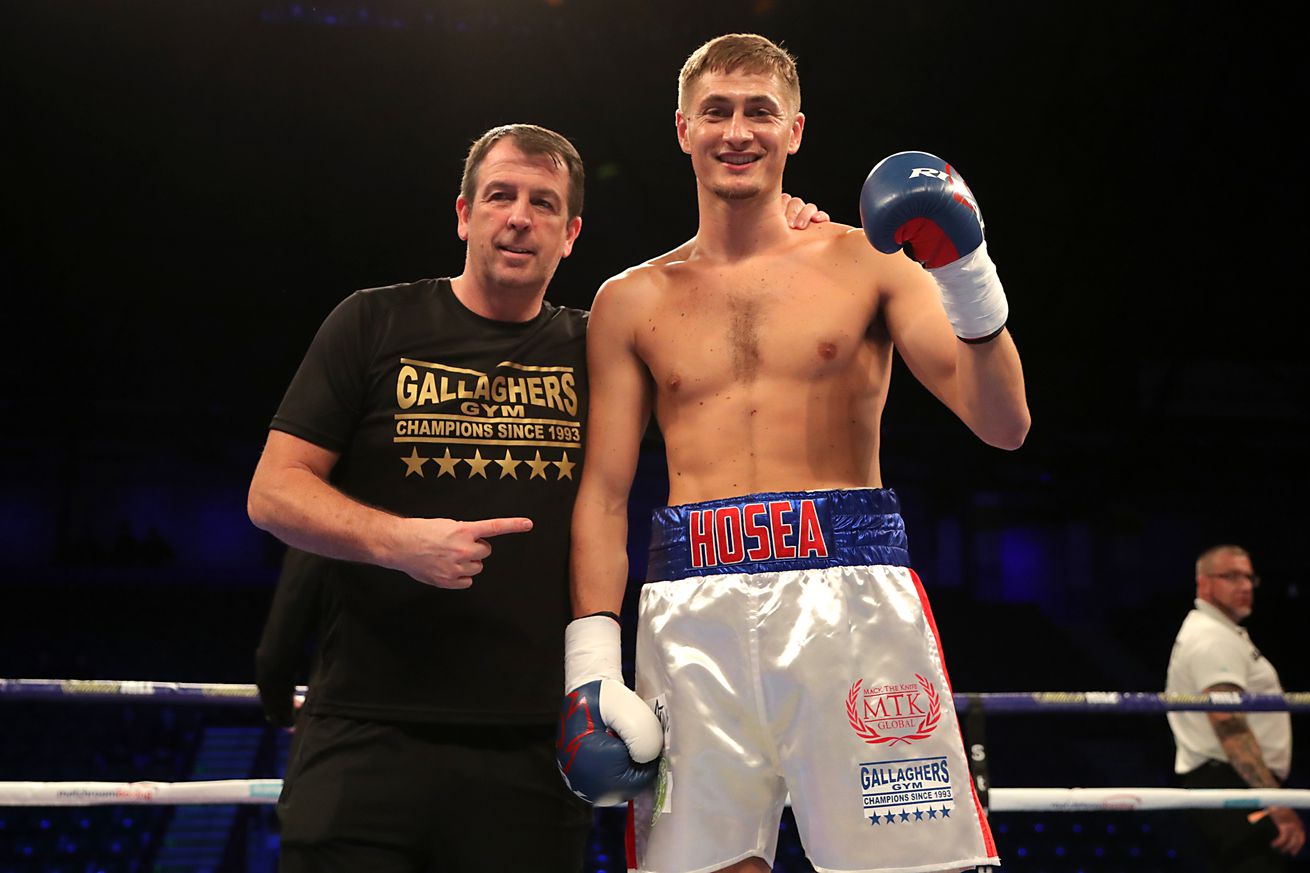 Ricards Bolotniks looked the most impressive of the four winners in Brentwood.

Ward (12-1, 4 KO) came in unbeaten but Bolotniks (16-5-1, 7 KO) just absolutely thrashed him in this one, dropping the 29-year-old from Northern Ireland three times in the opening round before the towel was tossed.

Bolotniks, also 29, is a Latvian who has fought at cruiserweight and is starting to really put on a solid run since moving down to 175 and getting serious. This is now five straight wins for him, and he overwhelmed Ward to the point you have to wonder if Bolotniks might not be the favorite in this tournament now. He dropped Ward with a left hook, then went for the finish, with Ward ruled down a second time because he was held up by the ropes. Ward tried to continue, but went down yet again, the legs gone.

A minor upset, but a deserved win for Conroy (18-5-1, 9 KO), who dropped Sterling (10-2, 4 KO) in the seventh round and hurt him again in the 10th, but couldn’t close either time. By the end both fights were properly gassed out.

It’s a good win for the 27-year-old Conroy, who gave it a go overmatched against Joshua Buatsi in March and lost a far more competitive technical decision to Steven Ward in June in his last outing. This is two straight losses for the 29-year-old Sterling at the domestic level.

34-year-old vet Ajisafe (19-4, 9 KO) never really got going here, as he was dropped in about five or six seconds by Burton (25-1, 11 KO), and though he got up and went the distance, he played it safe and seemed to mostly fight to not get stopped for the first time in his career, allowing the 31-year-old Burton to control the fight pretty easily.

Burton, a former British champ, has only ever lost via 12th round stoppage to Frank Buglioni. He had fought basically nobody in his six fights between that one and this one in the last three years, which was cause for some concern, but he showed the quality again in this one.

Guardiola claims Man City a victim of their own success