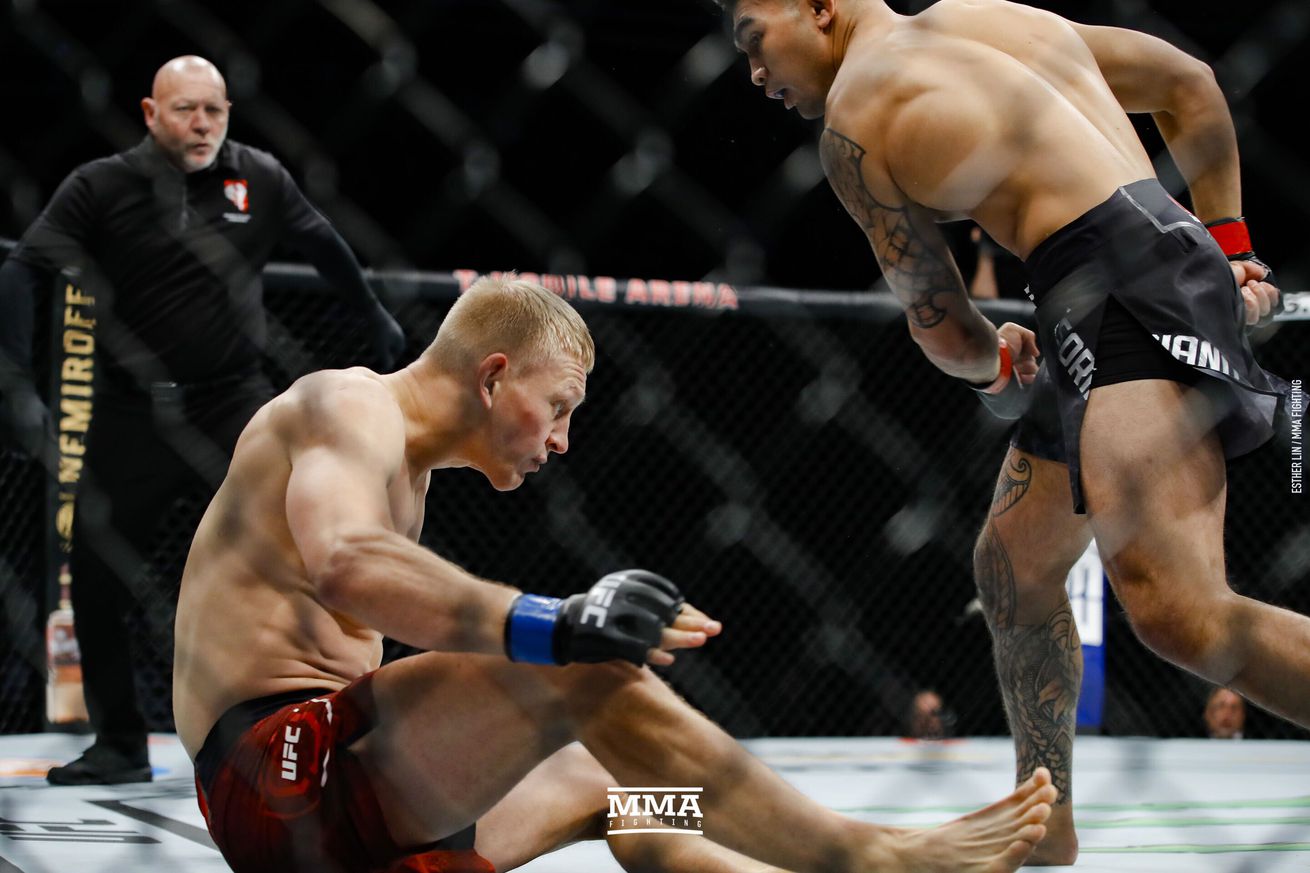 Punahele Soriano sparked off his Octagon career and the biggest event of the year earlier tonight (Sat., Dec. 14, 2019) at UFC 245 from inside T-Mobile Arena in Las Vegas, Nevada, as the Hawaiian newcomer starched Oskar Piechota via first-round knockout (punch).

It didn’t take long for Soriano to show UFC fans his promising punching power as he leveled Piechota with a left-right combination that sent that Polish fighter to the canvas. Soriano followed up with heavy ground-and-pound before Piechota utilized a kimura attempt to return to his feet. That’s when Soriano found a home for a beautiful left hook that instantly cut off the lights and had Piechota slumped along the cage.

With this performance, Soriano cashes in on a huge opportunity to make his Octagon debut on one of the biggest cards of the year. The undefeated 27-year-old will have to show more levels to his game moving forward if he wants to climb the middleweight rankings, but this was a tremendous start.

Despite TKO win over JDS, Curtis Blaydes says striking will always be his ‘Plan Z’

Cris Cyborg vs. Julia Budd: round by round fight highlights (Bellator 238 video)