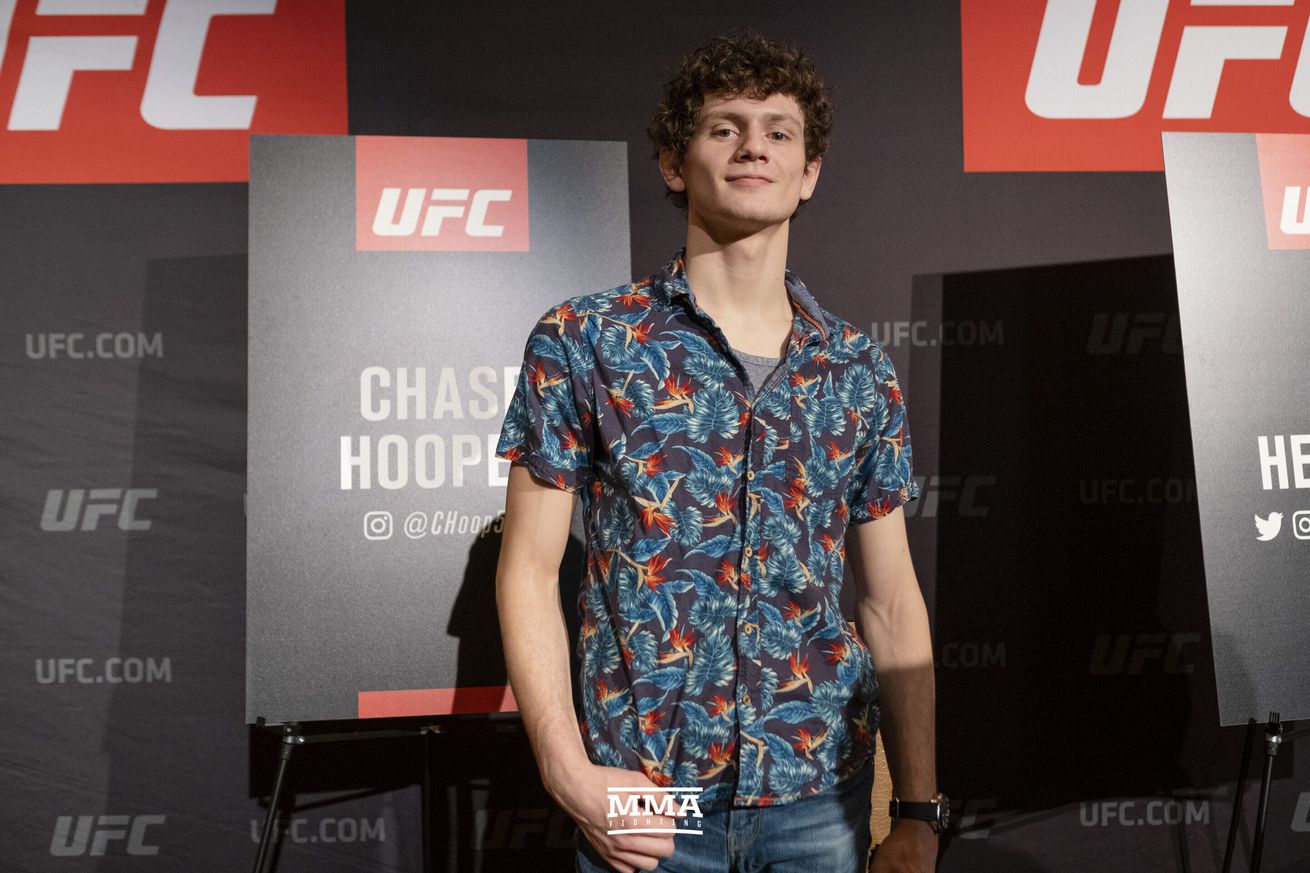 Chase Hooper lived up to his billing earlier tonight (Sat., Dec. 14, 2019) at UFC 245 from inside T-Mobile Arena in Las Vegas, Nevada, as the 20-year-old prospect ended veteran Daniel Teymur via first-round TKO (punches and elbows).

It wasn’t all sunshine and bubblegum for Hooper in his Octagon debut as Teymur nearly ended the “Teenage Dream” via anaconda choke. But Hooper remained calm, freed his head, and eventually worked for a tight rear-naked choke. Teymur survived only to have Hooper secure full mount and launch heavy punches and elbows that bloodied the elder featherweight and forced the referee’s hand.

With this performance, Hooper provides a memorable finish in his UFC debut and immediately becomes a name to watch heading into 2020. Teymur isn’t the most dangerous opponent Hooper could have faced earlier tonight but the kid still showed promise in an impressive win.

Where to find Ibiza vs. Barcelona on US TV and streaming