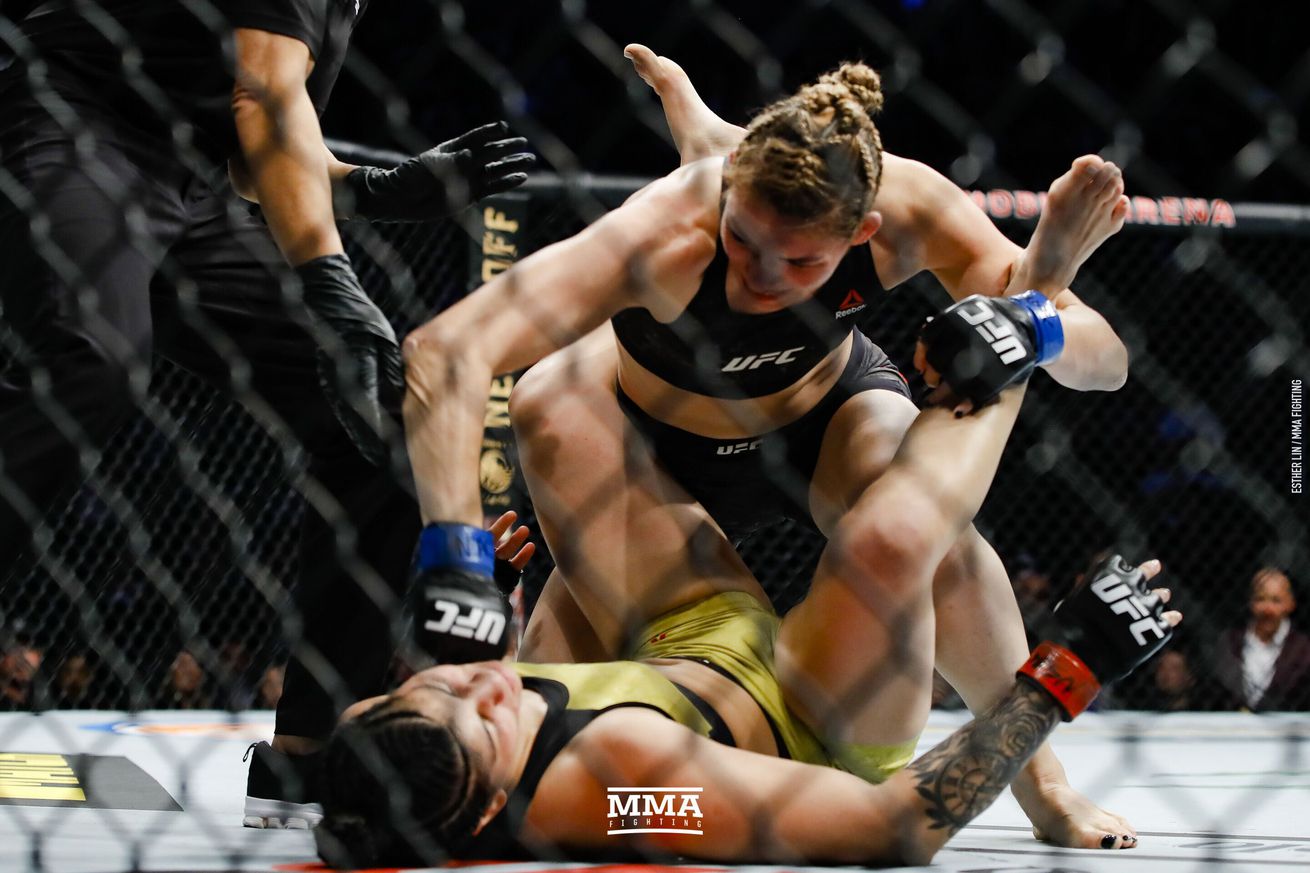 Vieira stood tall in the early going and found a home for the more meaningful shots, but Aldana only needed a second to turn the tides. That’s exactly what happened with about 15 seconds left in the first round as Aldana landed a beautiful left hook that powered off Vieira and sent her to the canvas. The Brazilian had little time to recover as Aldana pounced on top for two vicious right hands that clattered Vieira’s head off the ground for the finish.

With this performance, Aldana captures her fifth win in her last six Octagon appearances and now situates herself to potentially fight for a title in 2020. She may have to win another fight in this type of fashion to get there, but after tonight it’s clear that Aldana can contend with any name UFC throws her way.