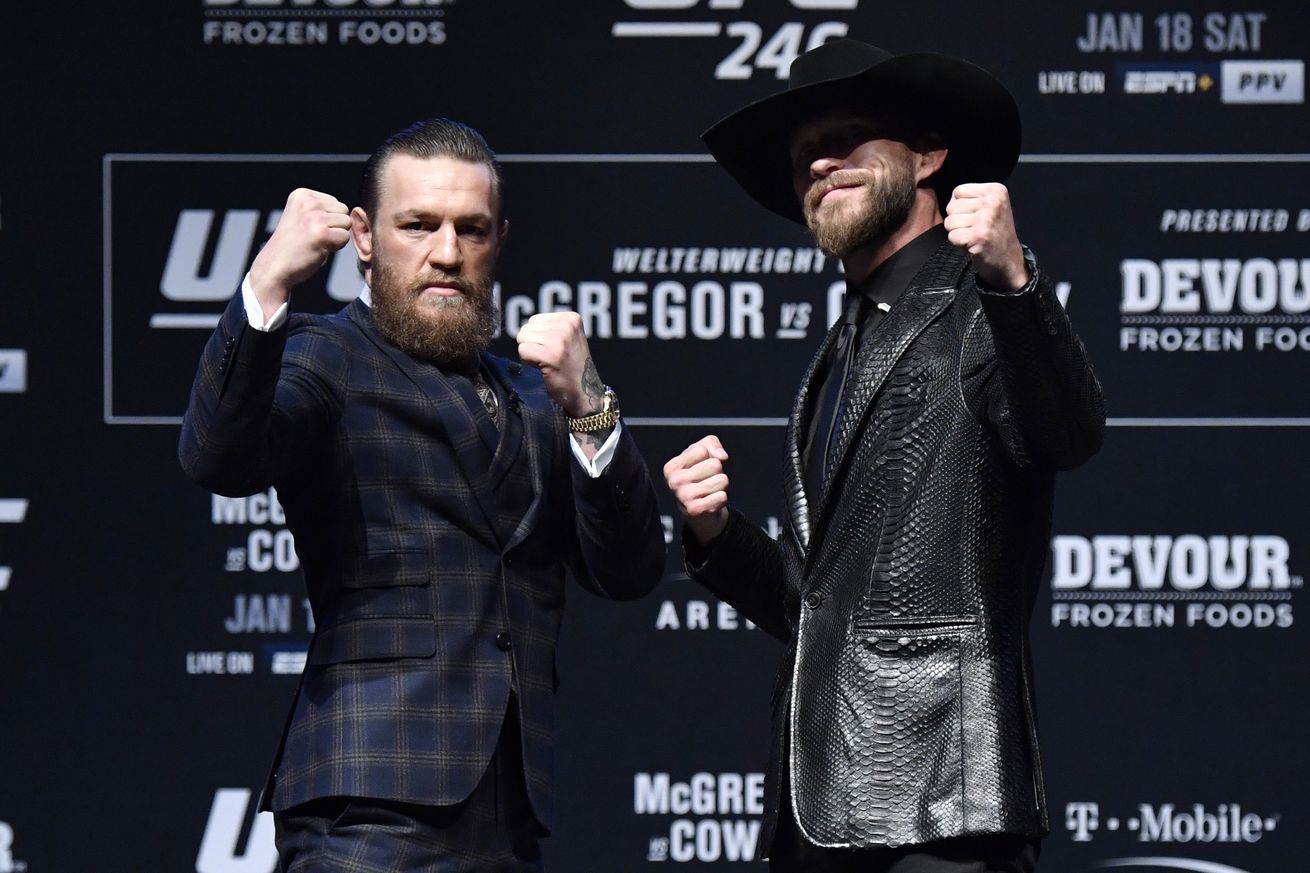 Dana White is dropping the intro video for UFC 246 for fans who want to get the jump on this weekend’s PPV. Featuring a welterweight battle between Conor McGregor and Donald Cerrone.

UFC 246 takes place this Saturday, January 18th, in Las Vegas, NV, at the T-Mobile Arena. The bout will be headlined by the return of former lightweight and featherweight champion Conor McGregor, fighting for the first time since his defeat at the hands of Khabib Nurmagomedov in their 2018 lightweight title fight.

For his opponent, Donald Cerrone, this will mark the 34th time that ‘Cowboy has stepped into the Octagon—and the 44th time he has fought under the Zuffa banner in its various forms. To make sure fans are extra hyped for the event, UFC president Dana White released the UFC 246 intro video for this weekend’s PPV card. Check it out below, and stay tuned to Bloody Elbow for more news, notes, and updates as fight night approaches.

Where to find Juventus vs. Roma on US TV and streaming

Spoiler: Match Set For AEW Revolution During Dynamite This Week