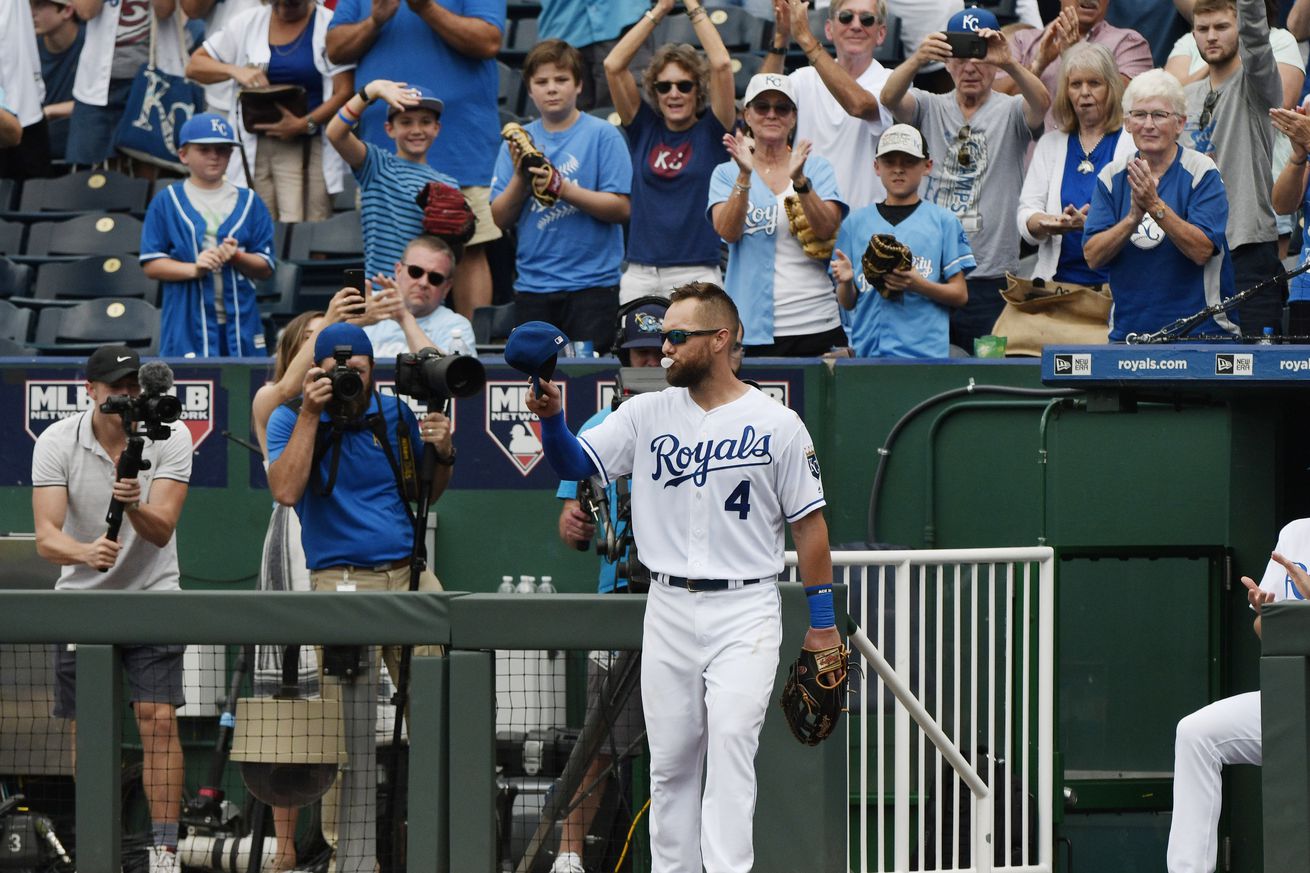 Gordo knew he was returning.

Alex Gordon revealed he knew he would return ever since the end of last season, writes Lynn Worthy.

Ultimately, the decision came fairly easily. He had a “quick conversation” with general manager Dayton Moore before a game late last season and made his mind up that he’d return for a 14th season to the franchise “where I belong,” as Gordon described it Friday in a news conference during Royals FanFest at Bartle Hall.

Jeffrey Flanagan has more with Gordon, including if Kansas City will be his final destination.

“I made a comment a couple of years ago that I might be done playing. I should have taken that back after I said it. I feel like I can still play and that I want to play. Looking at it right now, I’ll take it year by year. If we start winning again and get that competitive spirit back to Kansas City, it might inspire me to play longer. ... But yeah, absolutely, I want to stay here. This is my hometown. It would mean a lot to stay here.”

Alex Gordon was at the Chiefs-Texans game. Said Travis Kelce getting fired up on the sidelines reminded him of Mike Moustakas in the dugout during the comeback vs the Astros. Said the Chiefs remind him of the 2014-2015 Royals. “It’s kind of been looking into a mirror.”

Flanny also writes that Salvy was thrilled to become a U.S. citizen, and even gives us an update on his arm.

Perez had some other good news on Friday as well. He was able to throw from the catcher’s position to second base at the Kansas City Urban Youth Academy for the first time since undergoing Tommy John surgery last March.

Jordan Foote at Kings of Kauffman thinks Nicky Lopez is poised for a breakout.

The Red Sox won’t rush to have a manager in by spring training.

Boston has also discussed a Mookie Betts deal with the Padres.

The umpire’s union clarifies the news that an electronic strike zone will be used in spring training.

A look at how much American League clubs have spent this off-season.

A ranking of MLB ballpark names.

A ranking of every Chiefs quarterback that never made a Super Bowl.

A look at all the times NBA players said they loved New York, but didn’t sign with the Knicks.

George R.R. Martin says the Game of Thrones books will end differently than the TV show.

Your song of the day is Lee Morgan with The Sidewinder.

Paige On Working With CM Punk On WWE Backstage