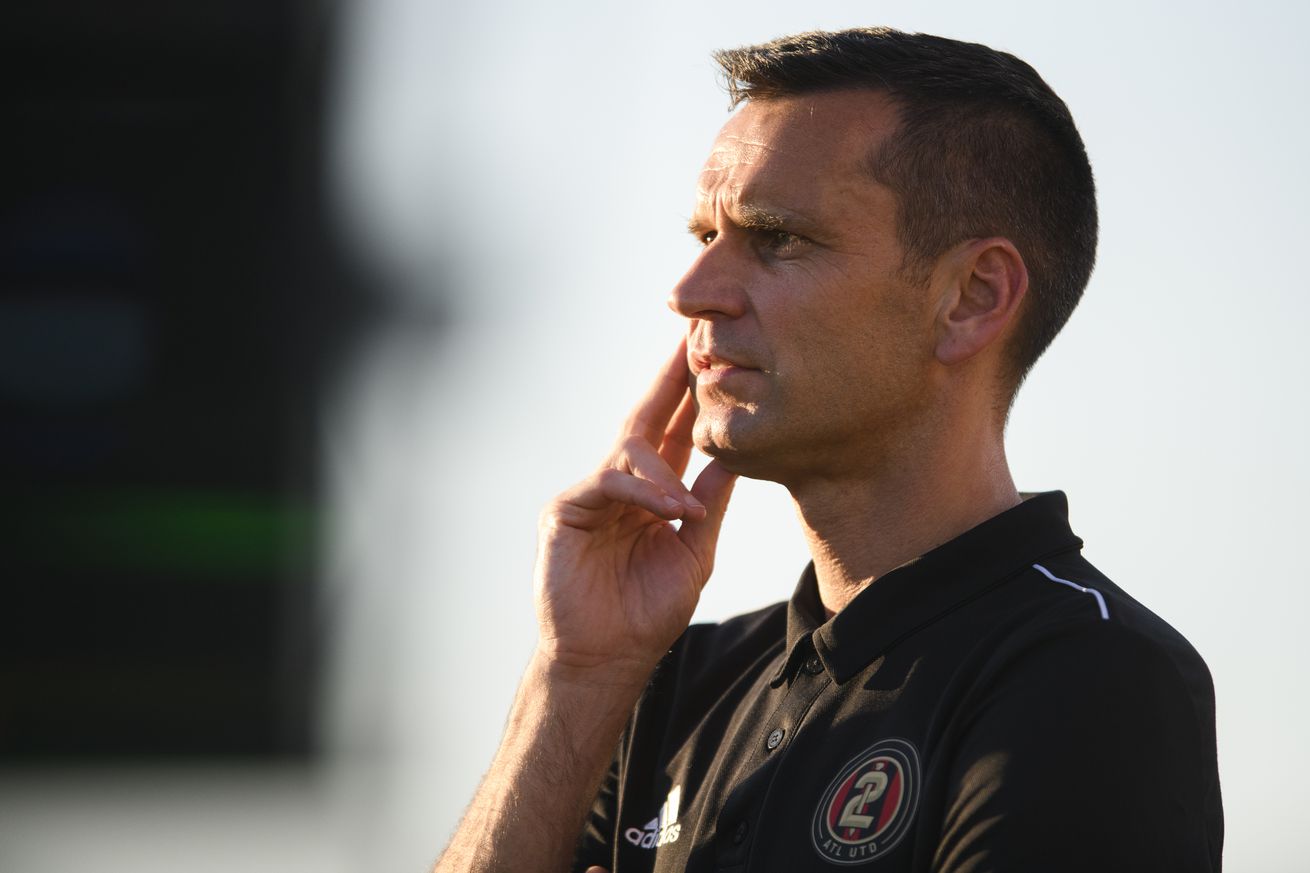 Several new faces will hit the Proving Ground in 2020.

While a few new signings have been introduced to Atlanta United over the past couple of weeks, its reserve side is following suit in acquiring its own crop of new players.

Last week, Atlanta United 2 announced a trio of newcomers that will join the club in 2020, 2 with prior USL Championship experience that are set to add a pair of veteran voices to a young crop of players already in the fold. The 3rd was signed from Atlanta United’s annual Dream Tryouts put on in partnership with first-team kit sponsor American Family Insurance.

On Wednesday, Atlanta welcomed Modou Jadama into the team. It’s a homecoming for Jadama, who was born in The Gambia but graduated from Milton High School in north Fulton County and played at the club level for Tony Annan. He made his debut with Colo-Colo’s senior side in 2015, returning stateside in 2017 after signing for the Tulsa Roughnecks where he made 31 appearances. In 2018 and 2019, he was a member of the Portland Timbers, where he primarily played for T2 in the USL Championship (scoring 5 times in 42 appearances) but played a pair of games for the first team.

On Friday, Bradley Kamdem Fewo joined the club from Saint Louis FC, where he played in 19 games last year. Prior to that, the 25-year-old, a former 3rd-round pick in the 2016 MLS SuperDraft by Colorado, had a combined 71 appearances with the Rochester Rhinos (2016-17) and Fresno FC (2018). Atlanta United fans may remember Kamdem from his appearance with Saint Louis FC in the U.S. Open Cup last year.

The Dream Tryout signee is Lamin Jawneh, who was born in The Gambia and most recently played for GAS Ialysos, a 3rd-division side in Greece. He also played for SGFC Eagles in Maryland.

Those players join a pair of signings announced earlier in the month and 2 other signings that were unveiled before the New Year in Jack Gurr and Amadou Macky Diop. Phillip Goodrum, Atlanta United’s late-round pick in this year’s MLS SuperDraft, will start his professional career with the 2’s, as will Virginia midfielder Daniel Steedman, signed straight from the college ranks. It’s also likely (but not yet been announced) that 2020 first-round pick Patrick Nielsen will be loaned to the USL side to get some seasoning.

There’s also the returning players: teenager and Academy alum Jackson Conway, a 5-goal scorer in 2019, looks to take the next step in his development as he enters his 2nd season on a professional contract, as do defenders George Campbell and Laurence Wyke on a backline that will be missing Jack Metcalf and Tyler Ruthven. Amir Bashti, a former Atlanta United draft pick that returned to the organization in August, found himself a consistent starter toward the tail end of the season.

One player who won’t return is goalkeeper Dylan Castanheira, whose MLS rights were actually held by FC Dallas despite being an Atlanta United 2 signing; those rights were acquired by Inter Miami during the draft. That’s why on Monday, former 2018 MLS first-round pick Ben Lundgaard, who played for the Pittsburgh Riverhounds on loan from Columbus Crew SC last year, was signed by the 2’s, and it’s likely he’ll get the lion’s share of time between the sticks in 2020.

We’ll also see the usual mix of Atlanta United Academy players. ATL UTD 2 has served as a vehicle for some of the high performers from the Academy to measure themselves against professionals and potentially end up on professional contracts of their own. We’ve seen that with Conway, signed in Dec. 2018, and with Campbell, rewarded with a Homegrown Player contract that took effect on Jan. 1. Other Academy players that saw time with ATL UTD 2 in 2019 included Brandon Clagette, Kendall Edwards, Jordan Matthews, Will Reilly and Garrison Tubbs, as well as Will Vint, who was set for a trial with the Colorado Rapids this month. Matthews and Tubbs, along with Marquz Puckerin (who was on Glass’s matchday sheet 4 times in 2019 but did not appear), are training at Aberdeen this month as part of Atlanta United’s newly-established partnership with the Scottish club.

The framework for ATL UTD 2 as it heads into its 3rd season is starting to come together, but with some blanks to be filled in before its opener on March 8 in Kennesaw against the Charleston Battery, expect even more names to enter the fold over the next several weeks.