Blaydes: Gameplan Will Never Be ‘Stand And Bang’ 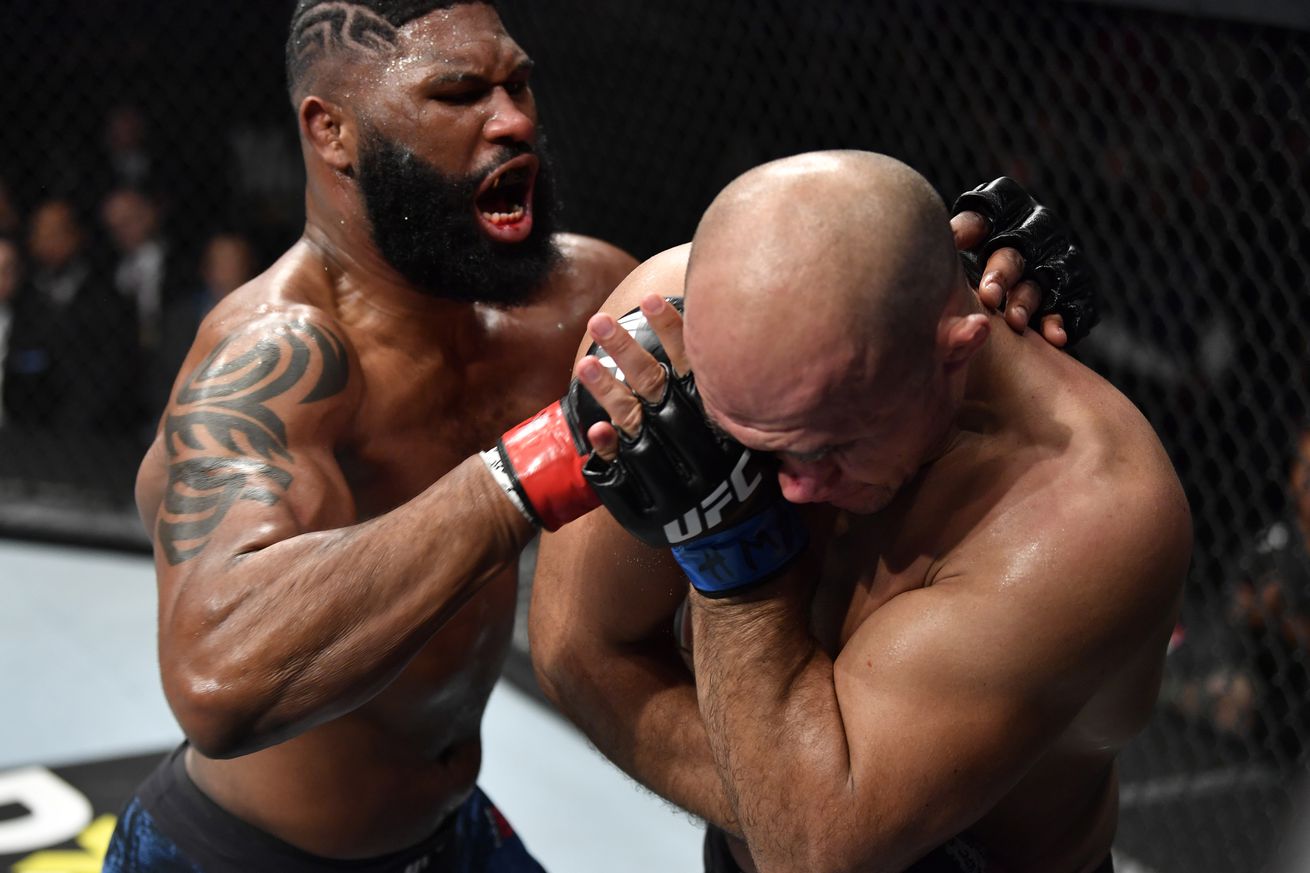 And now that Blaydes has positioned himself near the top of the 265-pound leaderboard, mixed martial arts (MMA) fans might be expecting the former NJCAA National Champion to rely more on his power, which travels behind an impressive 80” reach.

Prior to thumping Dos Santos, Blaydes scored a whopping 30 takedowns across a span of six fights.

Unfortunately for “Razor,” he was already ranked No. 3 in the division heading into Raleigh, so he’s unlikely to see any forward progress when the new rankings get released later this week. In addition, a pair of technical knockout losses to the currently-booked Francis Ngannou are keeping him from an immediate title shot.

Unless Stipe Miocic doesn’t “do the right thing.”

The Monday After: Potential kingmakers