Despite TKO win over JDS, Curtis Blaydes says striking will always be his ‘Plan Z’ 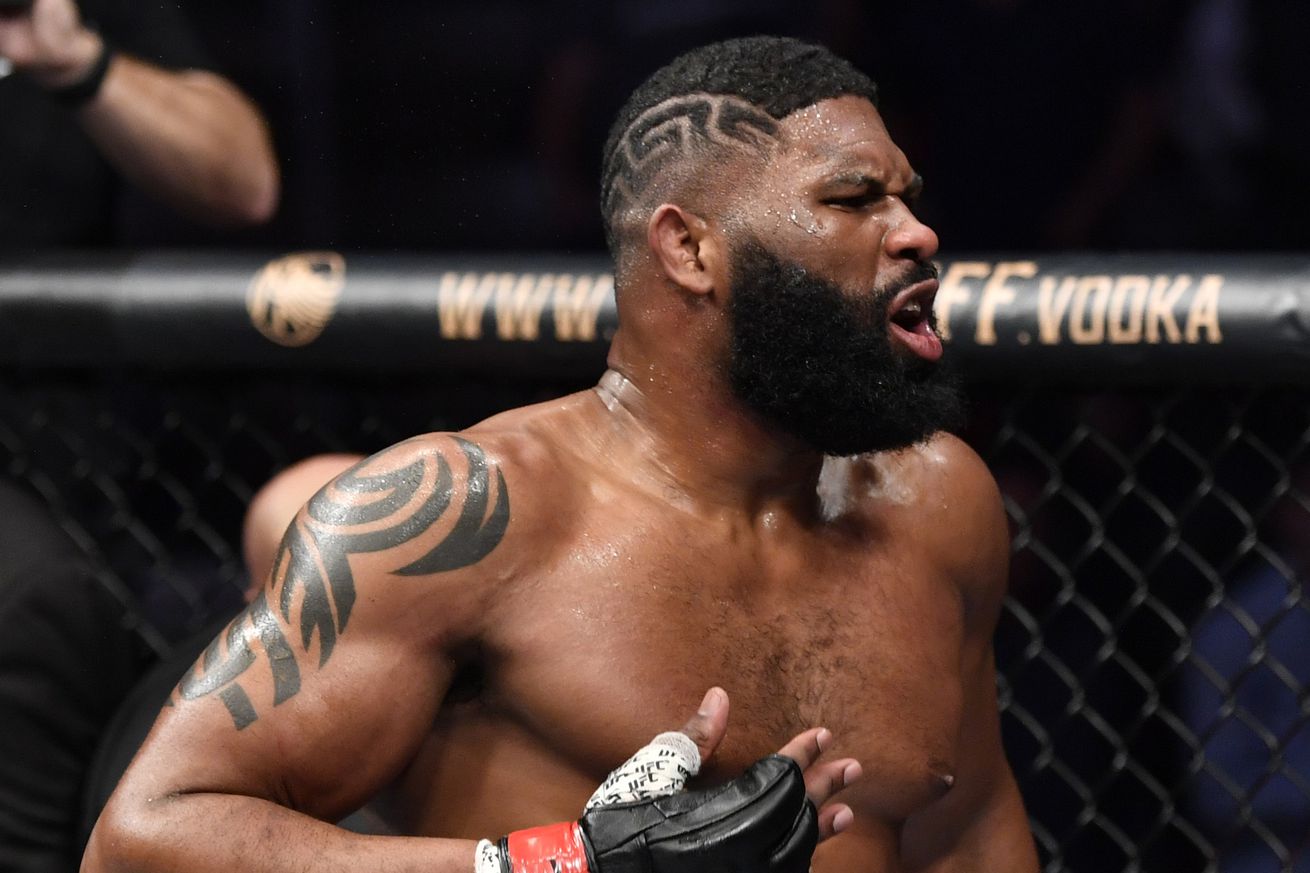 UFC heavyweight Curtis Blaydes is a wrestler at heart, and that isn’t going to change following his standing TKO win over Junior dos Santos at UFC Fight Night 166 this past weekend, where ‘Razor’ Blaydes wobbled dos Santos with a right hand and finished the Brazilian with a barrage of follow-up strikes in round two.

Blaydes admitted at the UFC Raleigh post-fight media scrum that, despite besting dos Santos on the feet, striking with the former UFC heavyweight champion was his ‘Plan Z’.

“[Wrestling is] the best path to victory, I don’t like getting hit in the face, so I know if I put you on your butt, you can’t hit me,” Blaydes said, per MMA Fighting’s Alexander K. Lee. “I don’t mean to be mean to the fans, they wanted me to stand and bang, but that’s not ever gonna be my game plan. It’s always gonna be wrestle, wrestle, wrestle, wrestle, wrestle. ‘Plan Z’ is strike.”

Blaydes beat dos Santos — his highest profile win to date — to establish a three-fight win streak and the top-three UFC heavyweight is hoping his next bout will be for the heavyweight title.

“I don’t know – I don’t make the rules,” Blaydes said when asked about his next fight. “I would like that to be the title shot, but you never know. I hope. That’s all I can do, is hope.”