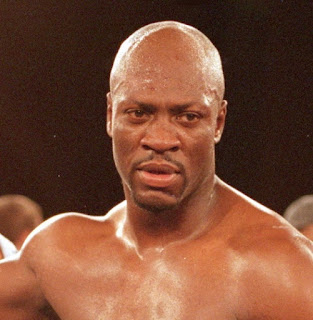 Detroit’s Former WBO heavyweight title challenger Derrick Jefferson is currently fighting for his life in Michigan after testing positive for the Corona Virus.. According to WXYZ in Detroit, Jefferson 53 is in a medically induced coma and on a ventilator after being admitted to Beaumont Hospital in Royal Oak, Michigan last week..
Close family and friends did however confirm that his condition is slowly improving..
Jefferson first caught national exposure when he scored a devastating knockout over Maurice Harris in November of 1999, The fight that was televised live on HBO is still regarded as possibly the most exciting heavyweight bout of the 1990s..
2 years later Jefferson met Wladimir Klitschko for the WBO world heavyweight title, but was unfortunately knocked down 3 times before losing via second round knockout..
Throughout his 10 year career, Derrick faced notable names, Bert Cooper, Wladimir Klitschko, Oleg Maskaev, Phil Jackson, David Izoneratei and Levi Billups..
Jefferson last appeared in 2005 where he was stopped by hard punching Davarryl Williamson, leaving a record of 28-4-1 (21 Ko’s)

BTI to suspend operations on Friday