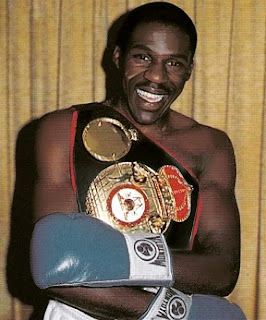 Last week we lost one of the iconic 1980s boxing characters, when we heard about the passing of Roger Mayweather.. Roger was thee original World champion Mayweather and paved the way for his talented nephews meteoric rise..

Roger won the WBA super featherweight title and WBC super lightweight world titles during a career where he compiled a record of 59-13 with 35 KOs. After retiring from the ring Roger became an award winning trainer, taking charge of his nephew Floyd jr..

Roger had suffered from health problems stemming from chronic diabetes since the 90’s
and had slowly been declining in private..
He was just 58 years of age.
Rest in Peace, Black Mamba.
Share FacebookTwitterGoogle+ReddItWhatsAppPinterestEmail

Danny Rose follows up £19,000 and 100s of pizzas with three new generous charity…