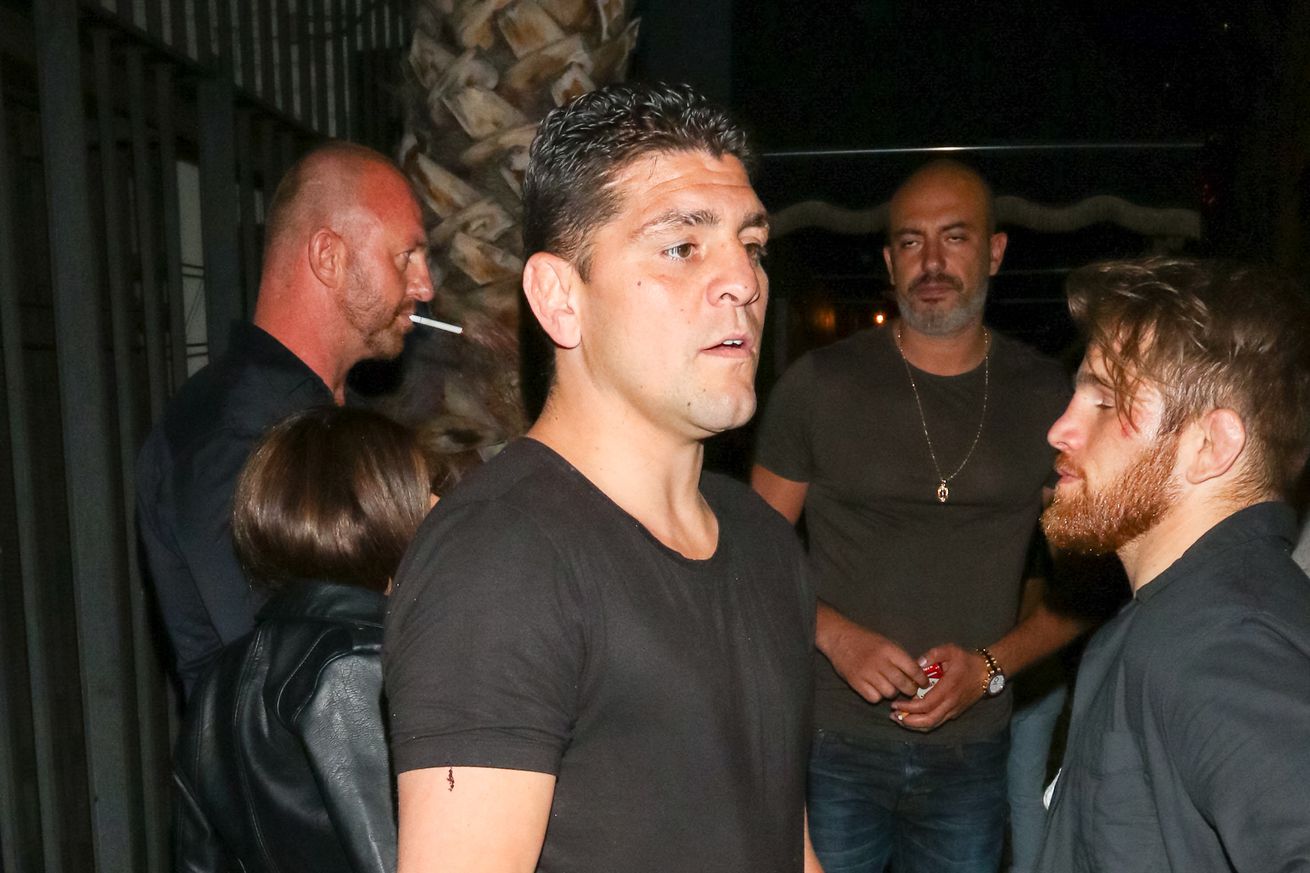 Nick Diaz once tried to jump Johny Hendricks. Isn’t that all you need to know?

If you’re sick of hearing various Corona-related news, well, get used to it. The more we learn, the better.

Even though Nick Diaz hasn’t been in the cage for six years, that number would be a lot shorter if we included hallways, press conferences, and of course, parking lots.

Or so Mike Dolce, Johny Henrick’s former nutritionist, claimed on his YouTube channel. Apparently, Nick Diaz and his “entourage” approached Hendricks in the parking lot (where he and his team went to shed more pounds) after temporarily missing weight for the first fight against Robbie Lawler. In the parking lot.

“We grab his gear, we go outside,” Dolce noted. “As we’re walking through the parking lot, Dana White’s personal body guard comes running over, and he’s f—king massive. Like an NFL linebacker, like 6’6”, 300 pounds, ripped, in shape, yolked, big f—king Hawaiian dude. He’s like ‘Dolce, Dolce, you can’t go man, you’ve got to be careful! Nick Diaz is looking for Johny, he wants to fight him!’ I was like ‘what? What are you talking about?’

If ever there was an image to emphasize to casual fans just how the Diaz brothers are perceived, it’s that: the notion of a 6’6, 330lb hulk being around just to do nothing more than sound the alarm. Dolce continues:

“He’s like ‘he’s looking for him in the parking lot, right now, he wants to fight Johny Hendricks right now in the parking lot!’ I was like ‘are you f—ing kidding me?’ Then all of the sudden we hear people screaming like ‘there he is!’ All of the sudden like a riot breaks out in the parking lot. Johny is all geared up, we’re all geared up. We’re going to finish cutting half a pound of f—king weight, and we’re like ‘oh f—k, Nick Diaz and all the 209 boys are about to jump us in the f—king parking lot — like during the f—king UFC weigh-ins. So we snatch up all our gear and we’re like we gotta get the f—k out of here before these boys figure out it’s us. So we’re like running with our gym bags and our gear, running through the parking lot, run across the street, get to the place we’re going.”

No word on what prompted the animosity. Perhaps the name Nick Diaz is enough to suffice.

How WWE Is Keeping The Revival Away From AEW Even Longer

AJ Styles Reportedly ‘Out of Action’ After WWE WrestleMania

The 2006 Joey clash that left Thurston in tears