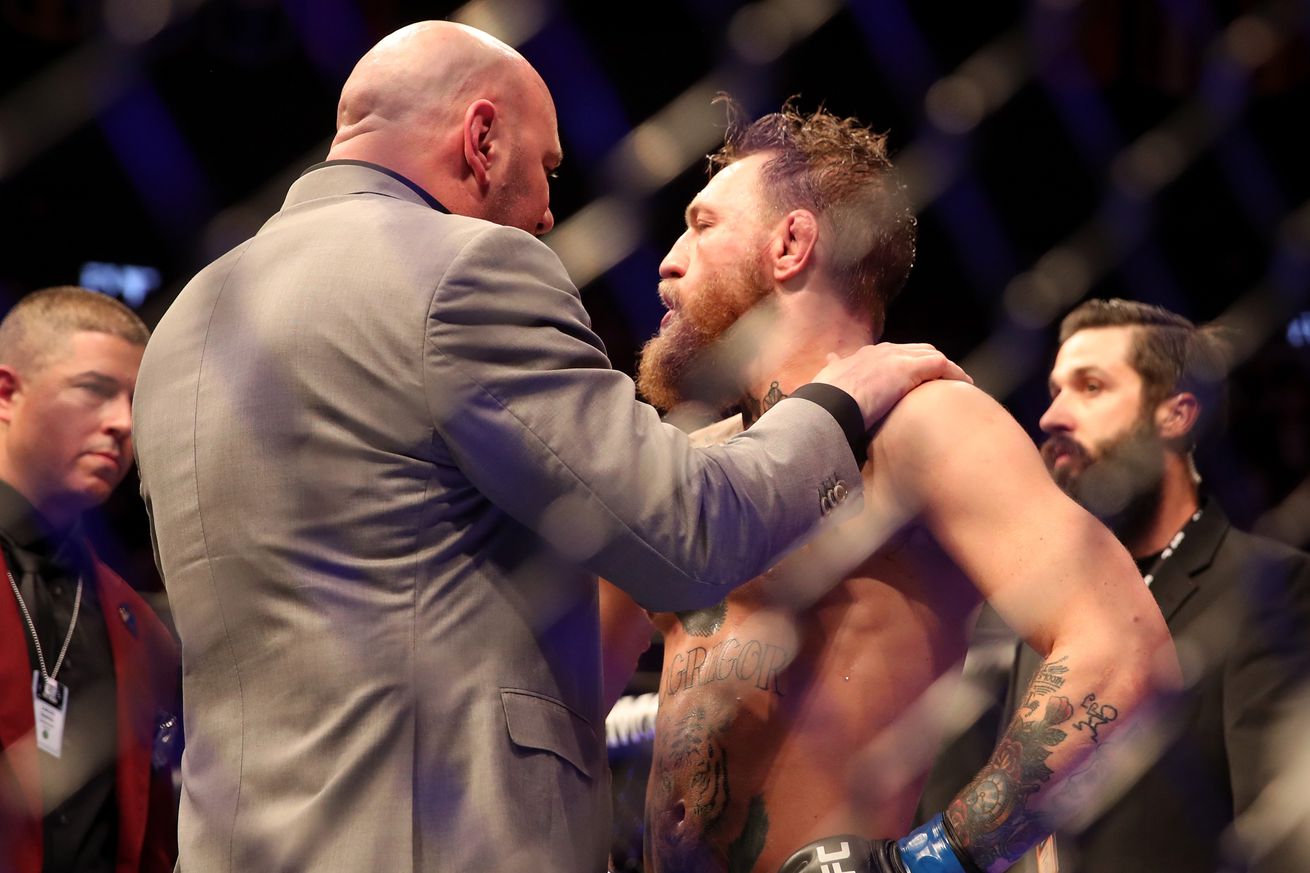 Conor McGregor was planning to fight three times in 2020, with the Irishman targeting a blockbuster rematch with UFC rival Khabib Nurmagomedov by the end of the year.

Right now, however, ‘The Notorious’ is in lockdown due to the coronavirus pandemic and Khabib is out of his UFC 249 title defense against Tony Ferguson.

UFC president Dana White says Nurmagomedov will likely be out of action until September, with Tony Ferguson and Justin Gaethje fighting for the interim lightweight title in the his absence.

This new schedule leaves McGregor out of the lightweight title picture for the foreseeable future, and White admitted he isn’t sure when ‘The Notorious’ will get his next crack at Khabib.

“Everybody felt that if Conor was going to get a shot at Khabib that actually Gaethje should get it before Conor,” White said when speaking to ESPN (h/t MMA Fighting). “I mean it couldn’t have worked out any better.

“You get Gaethje vs. Tony. It’s the fight that makes sense. It’s two of the top guys in the world. Khabib is out so the winner will face Khabib.”

“This impacts everybody,” White added. “There’s three fights that have already been postponed, we’re going to work out over the next several weeks and I don’t know where this puts anybody.

UFC 249, which features a new main event between Tony Ferguson and Justin Gaethje, takes place later this month, April 18 at a secret location.

Ciryl Gane warns fans not to expect the same Francis Ngannou at UFC 270: “He knows I…

MJF Addresses Comparisons To The Miz