DC: Jones has ‘kinda learned to live without the belt’ 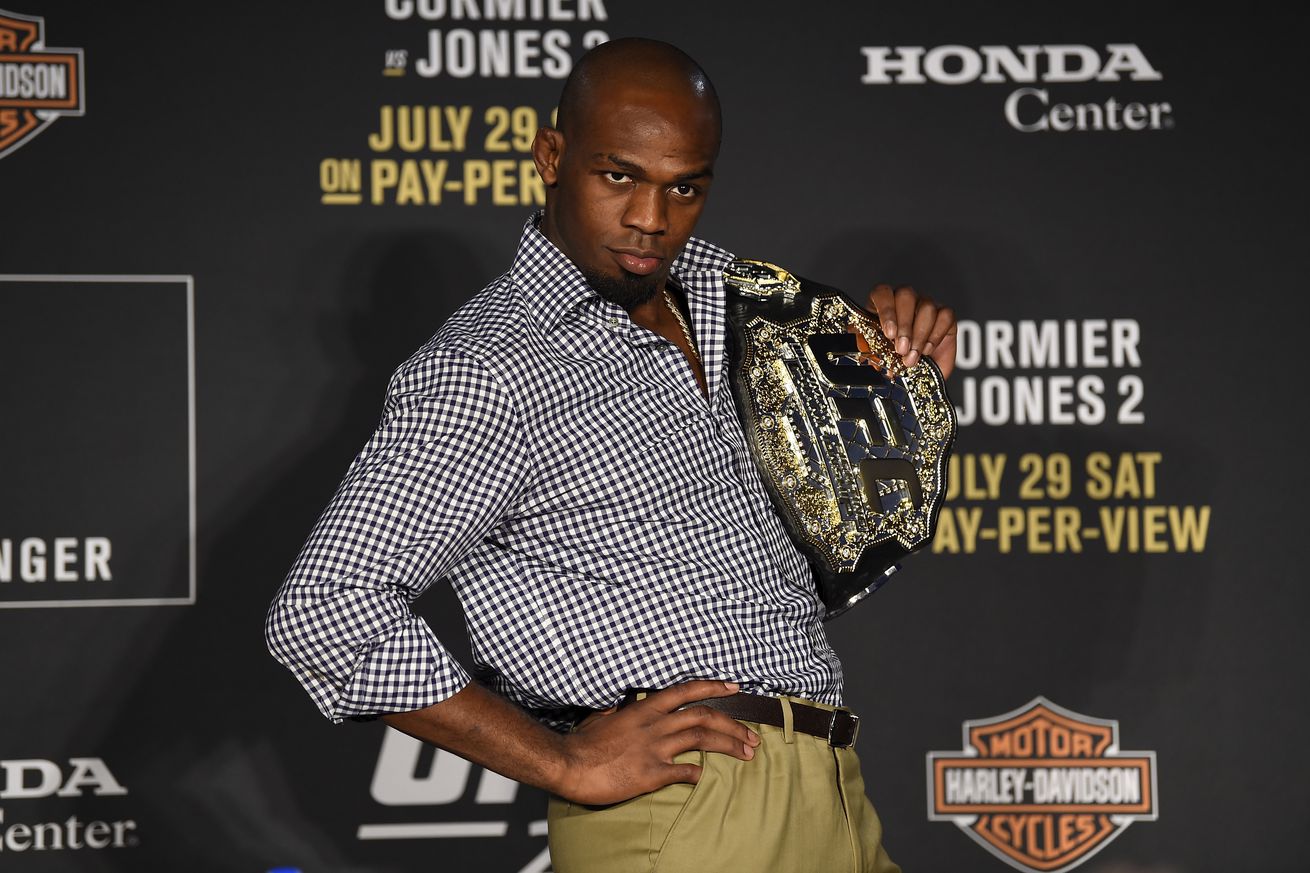 Former double-champ Daniel Cormier doesn’t sound surprised that Jon Jones my leave his light heavyweight title behind. After all, he’s lost it before.

Dana White and Jon Jones are at an impasse. Following the seemingly failed negotiations for a superfight against Francis Ngannou Jones has made it clear that – if he’s going to keep fighting – he wants to be making real money. Maybe not that supposedly unattainable Deontay Wilder money, but more than he’s been getting to clear out contenders at light heavyweight for the past few years.

Unfortunately, as far as the UFC is concerned, it doesn’t sound like they’re interested in hearing what their longstanding title holder has to say. Leaving Jones with just two options: give up the fight and go back to taking whatever he can get to defend his belt, or give up the belt and try to work his way out of his contract. That second option is exactly what ‘Bones’ has been threatening, telling fans over Twitter that he plans to drop his UFC title and wait for the UFC to open up their check book.

As longtime Jones rival Daniel Cormier recently explained in a recent conversation with Ariel Helwani on ESPN, he’s taking Jones’ threats of abandoning the lightweight title pretty seriously. After all, even though he hasn’t dropped a fight in 10 years, it’s not like Jones isn’t used to losing his belt by now.

“I believe that he is more serious about walking away because in all those times that he was suspended and hurt and all that other stuff - gone - he kinda learned to live without that belt,” Cormier said (transcript via MMA Fighting). “For a long time he held the belt that when he lost the belt the first time, he probably thought his world was ending. But then he was gone for two years and life probably didn’t seem all that different. So he’s probably looking at life right now and understanding that, ‘if I walk away from this belt, is my life really gonna change all that much?’ I think that gives him comfort, and being able to say the things that he’s saying. So I think to a degree he does believe, I do believe, that he’s serious.”

Cormier admitted that he’s had his own back-and-forth contract negotiations with the UFC, especially during his time as champion. However, he also added that he feels Jones’ best option is to rely on PPV points to generate the additional income he’s looking for out of a potential super fight with Francis Ngannou at heavyweight.

“I am almost 100 percent certain that the UFC would pay a $7-8 million base for him to go fight Francis,” Cormier said. “And if he’s such a big star and it’s going to do so well, then maybe the pay-per-view will get you to the number that you want it to be. If it has as much intrigue as people are saying it does. And then that’s on the fans. It’s on the fans who are supporting you in this fight to go out and purchase the fight and when they do, now you make all the money that you need. That’s how I feel.”

It could just be that both sides will come to an agreement in the next couple months and fans will get to see Jones in the cage again this year. Or, this could be the beginning of a very long process—one that leaves Jones out of the UFC’s plans for the foreseeable future.

Skating prodigy ‘lucky to be alive’ after fall

Bobby Lashley & MVP Involved In Physical Altercation At A Restaurant