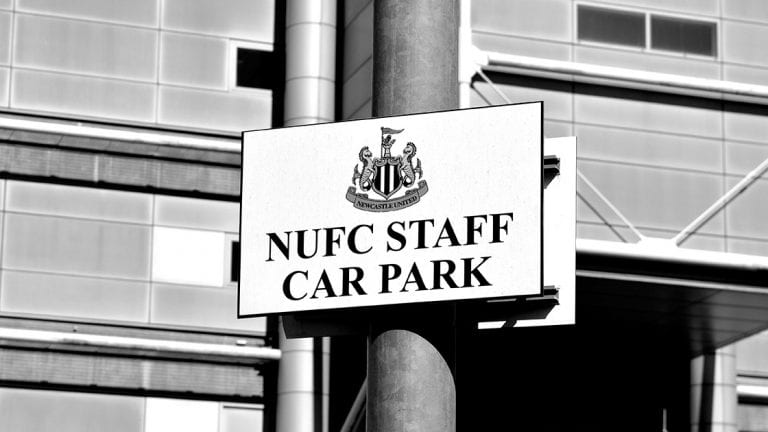 I have often wondered what Chairmen/owners look for in a manager/head coach.

For example, Jose Mourinho has won the lot in the game but he was the original ‘chequebook’ manager. He undeniably has ability but there’s a reason why he’s always gone to mega rich clubs, for if he were to receive half the financial backing, you would undoubtedly see half the results.

In much the same way as Pep Guardiola and Jurgen Klopp have rebranded both Manchester City and Liverpool respectively on the pitch, it would always be my attitude when appraising a manager – Could they have done it to a Newcastle United where money is a lot more scarce?

These “Super Managers” are a breed apart and it’s obscene how much money they spend – £40m on a left back here, £50m on a creative midfielder there and another £50m+ on a striker somewhere in between. No wonder they win things, it would be criminal if they didn’t and it’s almost embarrassing to see them lift the trophy. Again I say, come to Newcastle United and win something if you think you’re that clever.

The Rafa Benitez debate is well worn but he was willing to do that and I don’t honestly believe he expected a bucket full of cash to do it. He couldn’t save Newcastle United from relegation in 2015/16 as the team’s problems were too entrenched to be eradicated in the ten games he had left, although he did remain unbeaten in the last six with the club simply giving the clown Steve McClaren far too long to turn the season around.

It was much the same scenario as when the club stupidly appointed Alan Shearer as Newcastle United Manager back in 2009 for the final eight games. Now I loved Shearer as a player but putting such a young and inexperienced manager in place was suicide when an experienced hand would easily have got that extra point that was required to stay up.

When Mike Ashley has looked at hiring a Newcastle United Manager, the criteria is usually along the lines of “Will he do as he’s told?”.

Pundits and Ashley friendly media always say “Ashley appointed Rafa” as some sort of example of his brilliant stewardship of the club and a way to beat back the fans who they deem ungrateful, but never actually mention, that it was indeed Benitez that approached Newcastle, not the other way around. Even Ashley and whoever he had pulling the strings (Graham Carr and Lee Charnley) couldn’t turn away the Spaniard’s advances when we were staring relegation in the face.

Back when Ashley seemed to remotely care what happened with the football side of things (there was such a time would you believe) he went and got Kevin Keegan, as it probably seemed an attractive idea (no doubt with marketing and commercial profit in mind), but there is no doubt we would have been alright with Keegan if he was allowed to do his job uninterrupted. Keegan rightly stated that he couldn’t match the big boys of the league where he once could during his first spell in charge but his foreshadowing of there being “nothing” he could do to compete with them was brought to bare a few short months later.

The part of the plan that wasn’t explained to Kevin, was the part whereby Dennis Wise and his cohorts were to pull the transfer strings. How else does a club like Newcastle United end up with both Xisco and Nacho Gonzalez as (to quote Keegan) “a favour'” to agents? Makes you wonder if there have been any other similar transfers during the last 13 years.

As soon as any self-respecting manager realises that they are to be played like a fiddle (a la Keegan) they will be off, hence why we no longer have Rafa Benitez, who stuck it as long as he could without any discernible change in attitude from higher up, save from “Painting the walls” of the training ground.

I wouldn’t care so much if the powers that be thought that going an alternative route to Benitez was the way forward, kicking around a short list of managers and coming up with a Mauricio Pochettino or whoever, that would show at least a modicum of ambition, but what kind of brainstorming session comes up with Steve Bruce. No seriously, to any of his defenders I’ll ask the question – If you are looking for a new manager, why would you stumble to the decision to appoint Steve Bruce?

There is a point to me asking this.

You’ve got the whole world to scour, ambition and dreams aplenty, why do you arrive at that decision? The simple one is of course – he’s cheap (relatively), he’s limited (keeps ambition in check), and above all else, he will tow the party line and do as he’s told. He even made that clear in his opening press conference. “I’m nobody’s puppet. Not Mike’s, not anyone’s.” Who even says that if they aren’t consciously aware that they are?

The model for Mike Ashley’s managerial appointments are always low level. Why aim higher than what the target is to be achieved? The same reason a single person doesn’t buy a five bedroom house. It’s too expensive and not necessary, a waste of time and money.

That’s why in the past we’ve ended up with Joe Kinnear, Alan Pardew, John Carver, Steve McClaren and now Steve Bruce. The perfect bunch of managers to do as they are told and not complain, where Rafa Benitez and Kevin Keegan rightly wouldn’t stand for it.

Poor managers constantly need to spend and bring in a constant stream of players, usually to mask their limitations. In general, incoming players give a short-term hit to any team, good managers know which players to target in the transfer market and how to prolong that impact, it’s called team building. Newcastle United under Ashley seem to take a scattergun approach to team building. If the team needs a striker, it often gets a winger or a left back instead, and there lies the problem. The manager is barely in charge except for the coaching.

Back in 2008, Keegan asked for pertinent and necessary signings to rebuild the team, he got smoke and mirrors from the club, he got two unknown players that he’d never seen and had James Milner flogged from under his nose. He then walked away and the club were found to have constructively dismissed their manager and lied to the fans. Ashley wasn’t going to make that mistake again.

Alan Pardew is another prime example of a bang average coach (at best) that was given some great talent but needed it topping up year on year. Players such as Chieck Tiote, Yohan Cabaye, Demba Ba and Hatem Ben Arfa were hardly going to see the team struggle and sure enough the side started the 2011/12 season remarkably well, only to stutter in November and December. Papiss Cisse was brought in to give the side a boost when the manager’s influence started to fail and the results were suffering, bouncing back with a deserved 5th place finish secured.

A one-off you say? Not true.

The following season followed the same pattern. After an horrendous November and December and as Pardew’s “abilities” were relied on, the team went into freefall and required the “French Invasion” of January 2013 to rescue the season and subsequent stumble to safety. There was to be no cavalry charge of the previous season.

Steve Bruce required an extra push in January 2020 when (through his own mismanaging of the squad) injuries piled up and Rose, Bentaleb and Lazaro were brought in to pad out the squad. A more competent manager would have managed the transfer market, managed the squad, managed the fixture list and avoided such trivialities. When the manager is simply a Head Coach and doesn’t have a say on transfers, the whole thing falls apart from the start.

Assuming the protracted takeover occurs (and that’s a crucial if at the moment), new owners will want as close to a sure fire thing as they can get. Will they follow the Manchester City lesson with Mark Hughes and give Bruce a year to prove himself with substantial funds, or will they thank him for surviving relegation and accept the inevitable that he will need replacing before big bucks are spent on trying to challenge?

One thing’s for sure, it’ll cost quite a bit of money to push Newcastle United onto the European places and simply ploughing on and throwing money at a manager that hasn’t proved he can do such a thing at any point in his career, will be another rinse and repeat of the follies of the Mike Ashley model and yet more wasted time. If the takeover collapses and Ashley is still owner of this club next season (regardless of any desire he may have to sell), then that same rinse and repeat will go on and on with the same deliberately stunted ambition in place.

No wonder the media and pundits alike always deride the likes of Keegan and Benitez and falsely praise the likes of Pardew, McClaren and Bruce as doing wonders at the club, all the while scoffing when the club’s fans dare to dream of an appointment to further ambition. Their dream scenario is to keep Newcastle United anywhere near from where the fans want the club to be.

That is their agenda and why Newcastle fans don’t simply want to settle for third rate Head Coaches.

Babar cannot be compared with past Pakistani legends: Latif

‘Why I want Newcastle United relegated’