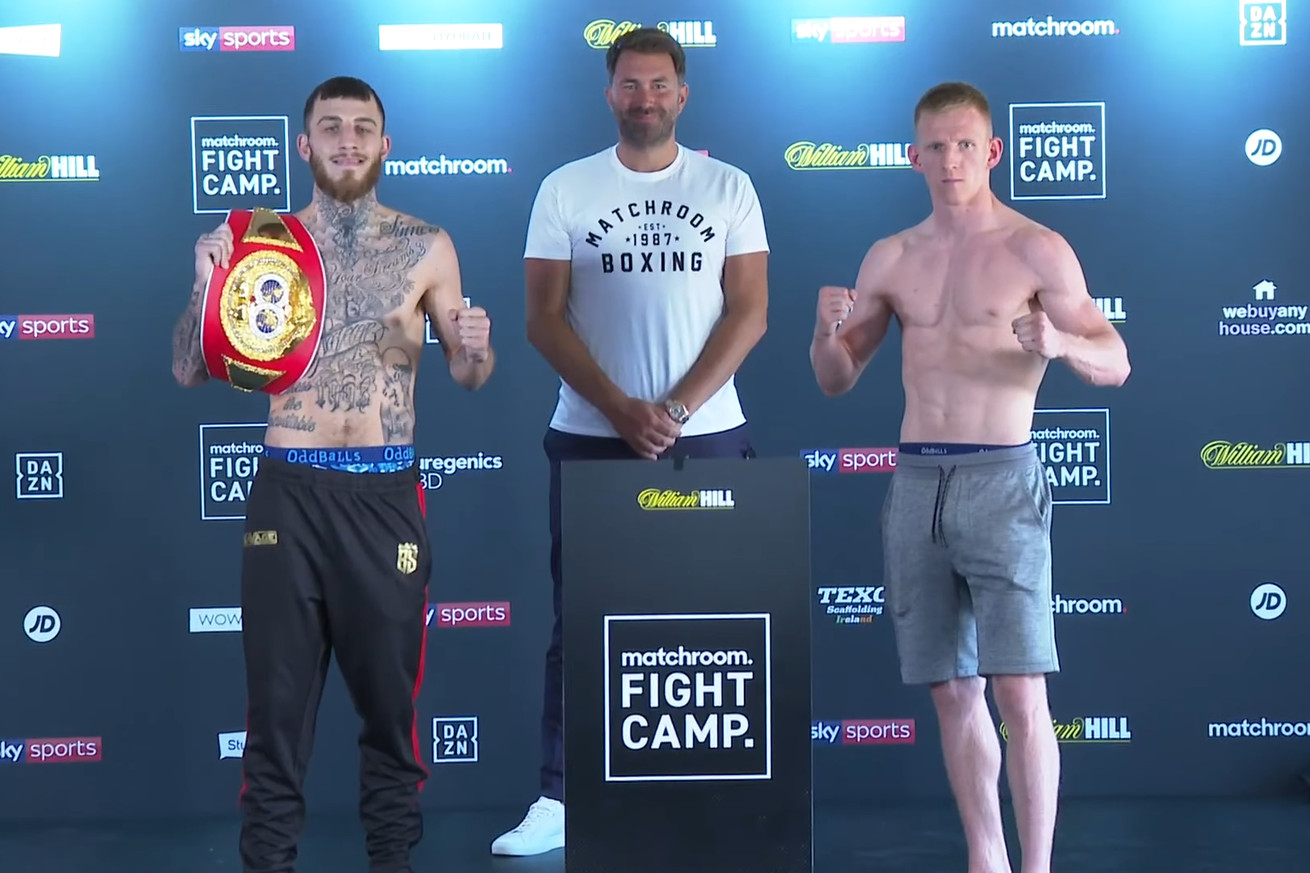 Today at 2 pm ET streaming live on DAZN and airing on Sky Sports in the United Kingdom, Matchroom Boxing are back with their first Fight Camp card from company headquarters, and we’ll be here with live coverage for the full card.

In the 154-pound main event, Sam Eggington will face Ted Cheeseman in a matchup where both look to keep somewhat in the hunt in a volatile division. Eggington, a former European, British, and Commonwealth champ at 147, is defending the IBF International trinket in this one, so a solid ranking in the IBF is at stake here. Cheeseman, former British champ at 154, is 0-2-1 in his last three, but you could argue he should have won two of those fights.

On the undercard, James Tennyson will face Gavin Gwynne for the vacant British lightweight title, and the card will open with a good domestic featherweight matchup between Jordan Gill and Reece Bellotti. We’ll also see prospects Dalton Smith, a junior welterweight, and Fabio Wardley, a heavyweight, in action.

Something is stopping Richard Masters from telling all, what is it?

Joe Cortez: I would be an honor to ref Tyson-Jones