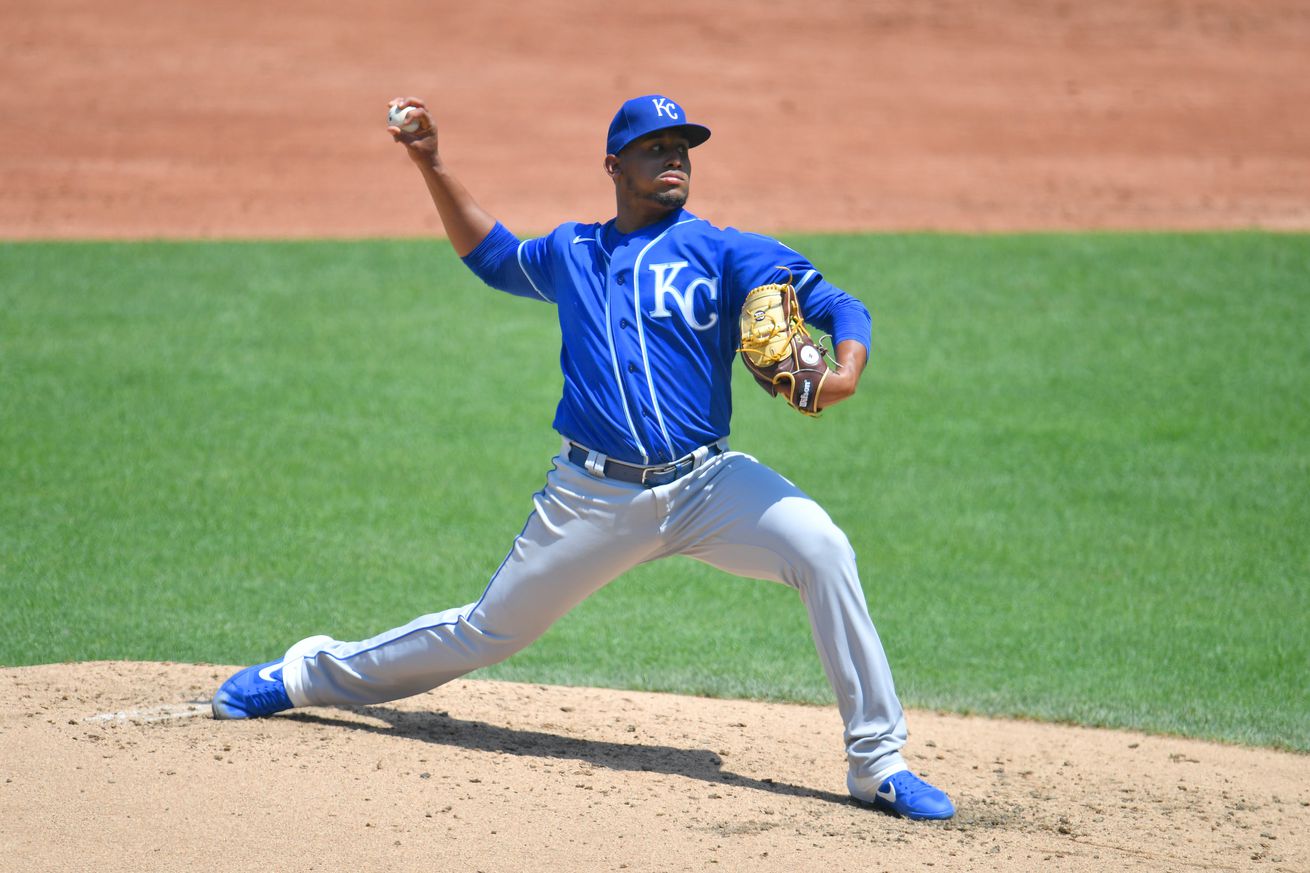 Ronald Bolaños will make his second “start” as a Royal. | Photo by Jason Miller/Getty Images

The Royals’ search for a winning streak continues.

After tonight’s game 15% of the Royals’ 2020 schedule will be in the books. They will be no further than 3.5 games back of first place and 2.5 back of a playoff spot. They will also be no higher than fourth place in their division. They’ve lost more games than they’ve won, they’ve yet to even win two in a row. This is the insanity that comprises the 2020 baseball season. And that’s before you even account for the fact that MLB has already contacted its broadcasting partners and warned them to be prepared with alternate programming in case they decide to give up and shut everything down.

But until they do shut it down, baseball will still be played. Ronald Bolaños makes his second “start” for the Royals tonight. It will be only the fifth start of the young right-hander’s career which has seen him pitch to a 5.40 ERA while walking far too many batters. Bolaños pitched the series finale against Cleveland earlier this week and allowed two unearned runs in his two innings of work. The White Sox lineup isn’t quite as deadly, but they’re plenty improved from the teams the Royals have faced in the past couple of years.

Veteran left-hander Gio González will go for the White Sox. His first start of the season did not go well as he gave up six earned runs in only 3.2 innings to the Twins. He hasn’t fared particularly well against the Royals in his career with a 6.50 ERA across nine starts but he also hasn’t faced them since 2016 - when he collected a win with six scoreless innings. The Royals will start only one left-handed hitter and hope his career splits help lead them to a victory.

Luis Robert leads off for the first time in his career. (@BedfordPark_IL)

Watch at 6 PM on NBC Sports Chicago or stream on the MyTeams app: https://t.co/uD1fQFivsT pic.twitter.com/VVqxBw4xCw

The White Sox added Tim Anderson to the 10-day IL today with a strained groin. That’s a pretty tough blow to their lineup. Ron Gardenhire has chosen to add pressure onto rookie Luis Robert and have him bad leadoff.