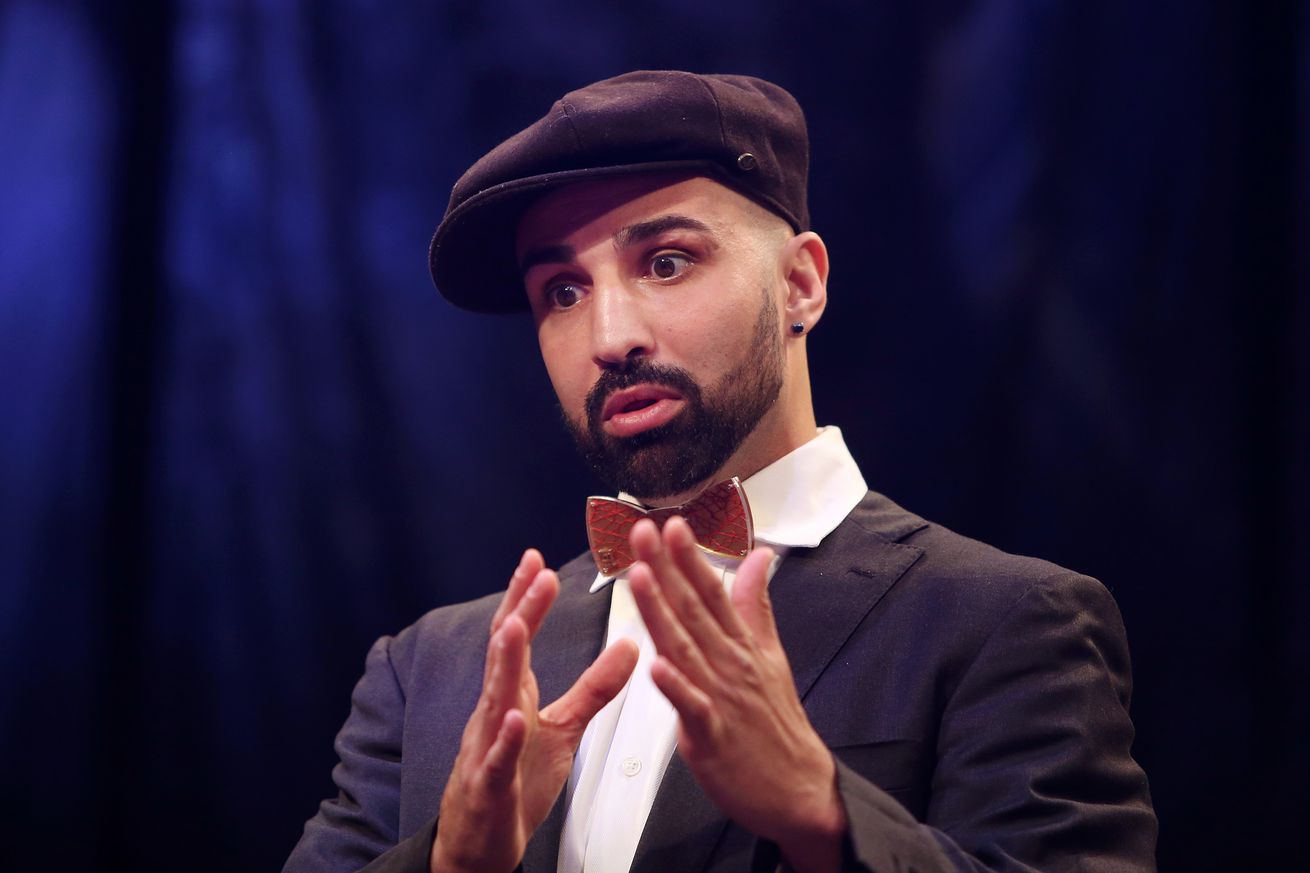 Paulie Malignaggi’s days on Showtime Boxing are over.

Showtime Boxing returns tonight (August 1st) from Uncasville, CT with a vacant WBO bantamweight title between Tramaine Williams and Angelo Leo as the main event, but the broadcast will not feature Paulie Malignaggi’s analysis. In fact, Showtime has axed Malignaggi altogether.

Boxing Scene first reported that the retired former world champion was removed from Showtime Boxing broadcasts for comments he made back in April in an IFL TV interview that he apparently refused to apologize for. When the apology wasn’t issued, Showtime gave Malignaggi the boot. Abner Mares will take his place at least for tonight’s broadcast.

To provide context, Malignaggi’s comments are in reference to WBC lightweight champion Devin Haney saying of a potential fight with Vasiliy Lomachenko, “Listen, can’t no white boy beat me, I don’t care, on any day of the week. I fight a white boy like 10 times, I’m gonna beat him 10 times.” Haney later tweeted that he’s not and never will be racist.

Now we get to Paulie. He directly addressed Haney’s comments by saying that through boxing history, the sport has been dominated by different racial/ethnic groups, and he claims that African-American fighters are no longer the dominant force in boxing like they were in the 30-50 years ago.

“When you’re in your early twenties, you probably don’t express that very well. It’s not something that great to make racial (comments) in 2020, especially with so many racial tensions in the world and whatnot.”

“I think that boxing has had its course in history with certain demographics more than others, right? So like 100 years ago maybe Irish fighters were better, you know? Then you had the Jews and the Italians kind of came in — Italian-Americans anyway. And then I think the African-American fighter became the most dominant fighter in the sport in the 1970s, 80s, and even 1990s, you know?

“I don’t think it’s great to have the race discussion because it’s just going to coordinate division. But if Devin’s gonna be the one to bring it up — I don’t know if Devin got the memo, but it’s no longer the time of the African-American anymore in boxing. It’s the Eastern European that’s become the dominant species in boxing, so I think saying something like that can actually be very dangerous.”

What most likely got Malignaggi in hot water was the follow-up from the IFL TV reporter, who raised arguments from others that if the roles were reversed and a white fighter said that about a black fighter, the backlash would be much bigger. Malignaggi responded with his opinion that Haney’s comments are an example of why there’s no racial oppression in 2020.

“I try not to join into the race conversations because this is one of the exact examples of why I don’t believe there is racial oppression in 2020, in this century,” Malignaggi said. “I believe there has been, sure, but I don’t believe there is any racial oppression today, I believe it’s all made up and it’s exaggerated. This is exactly one of the reasons why, the fact that a black fighter can say that and not pay any price financially, but if a white fighter said that about a black fighter, he’d probably lose his TV contract, and probably TV networks wouldn’t touch him. I won’t tell you that it’s a double standard, but I’ll tell you that it does prove that the entire whole hypothesis of racial oppression is way above exaggerated in this century.”

Malignaggi has garnered widespread praise for his boxing analysis and his willingness to be outspoken, but the words “probably lose his TV contract” turned out to be about him. It again should be emphasized that Paulie seemingly lost his job because he didn’t make an apology when asked for one, not just for the comments themselves.