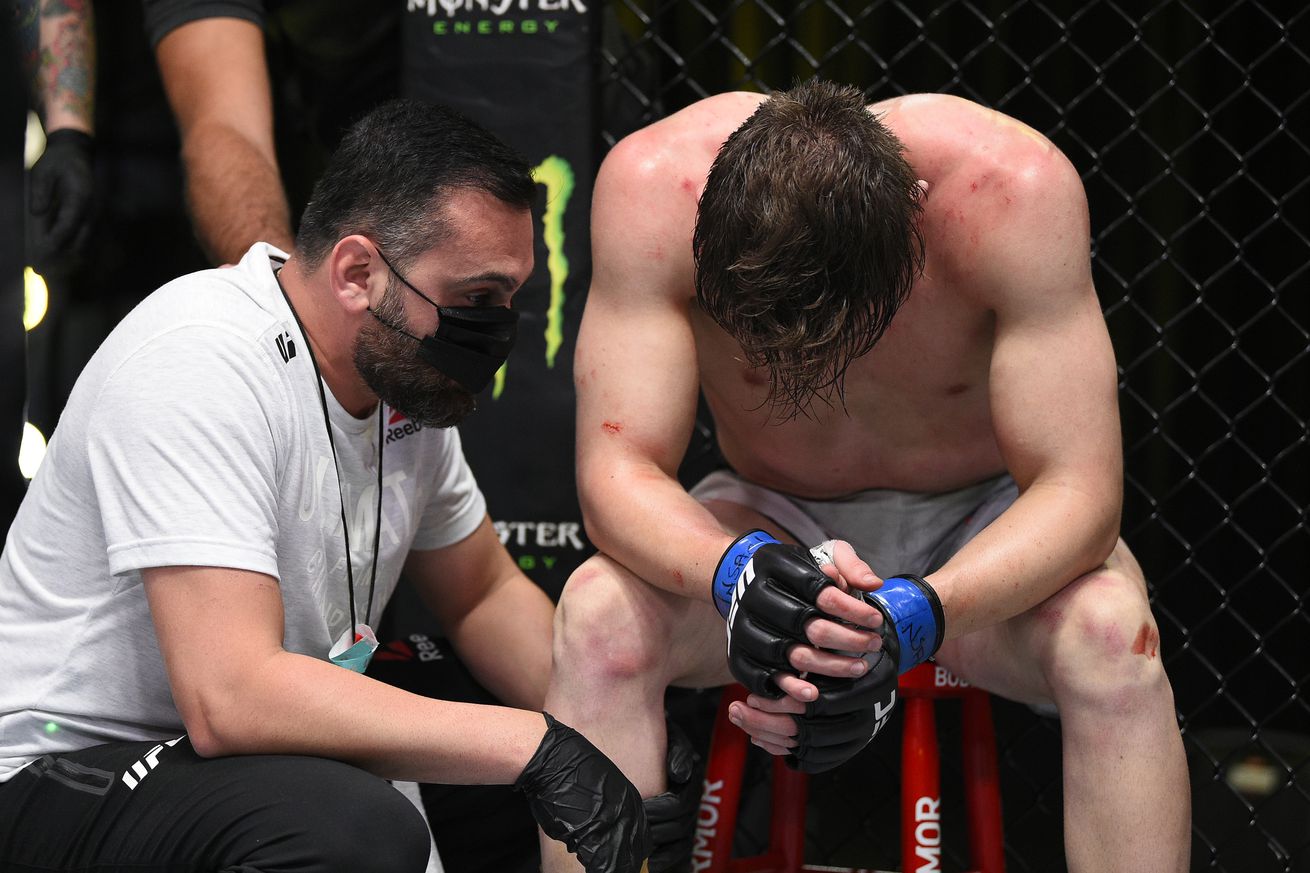 It’s going to be a hard fall off the hype train for Shahbazyan, but the 22 year old doesn’t sound too phased about his first career loss.

It was supposed to be Edmen Shahbazyan’s big coming out party. Instead it looks like he’ll have to go back to the gym and work on some big overhauls if he wants to realize the championship-level hype he came into his UFC Vegas 5 main event against Derek Brunson with.

Shahbazyan, the -360 favorite according to bookies, started strong and looked threatening in early exchanges ... but then he got visibly tired halfway through the second round. Brunson, a +300 dog in the fight, ended up beating the breaks off him so badly that there was controversy over how the ref allowed the fight to continue into round three. 26 seconds later and things were mercifully stopped.

Now Shahbazyan has released his first public statement since the disappointing defeat.

“I’m ok everyone just need some stitches,” he wrote. “Thank you for all your messages, love you all! Congrats to @derekbrunson tonight he did a great job. No excuses, it’s the fight game and I’ll be back! Blessed to have the support I have from everyone!”

I’m ok everyone just need some stitches. Thank you for all your messages, love you all! Congrats to @derekbrunson tonight he did a great job. No excuses, it’s the fight game and I’ll be back! Blessed to have the support I have from everyone!

The loss is Edmen’s first of his career, putting him at 11-1 (4-1 UFC). It’s worth noting that of those 11 wins, 10 came in the first round with seven taking just around a minute or less. His one spot of trouble before encountering Brunson: a split decision win over Darren Stewart. So it seems pretty clear that Edmen needs to work on his stamina issues, because smart fighters at the top of the middleweight division are going to start weathering his early storm so they can have their way with him when he gasses.

The win puts Derek Brunson at 21-7 (12-5 UFC) and sets him on a three fight win streak. That experience clearly made the difference, something UFC president Dana White noted during the post-fight press conference.

“Look, Brunson’s fought everybody,” he said. “Shahbazyan hasn’t fought everybody and this is where you find out where a guy’s at tonight. You put him in against a guy like Derek Brunson.”

I am no lawyer but I agree with Simon Jordan (that’s a first!) on Newcastle United takeover collapse