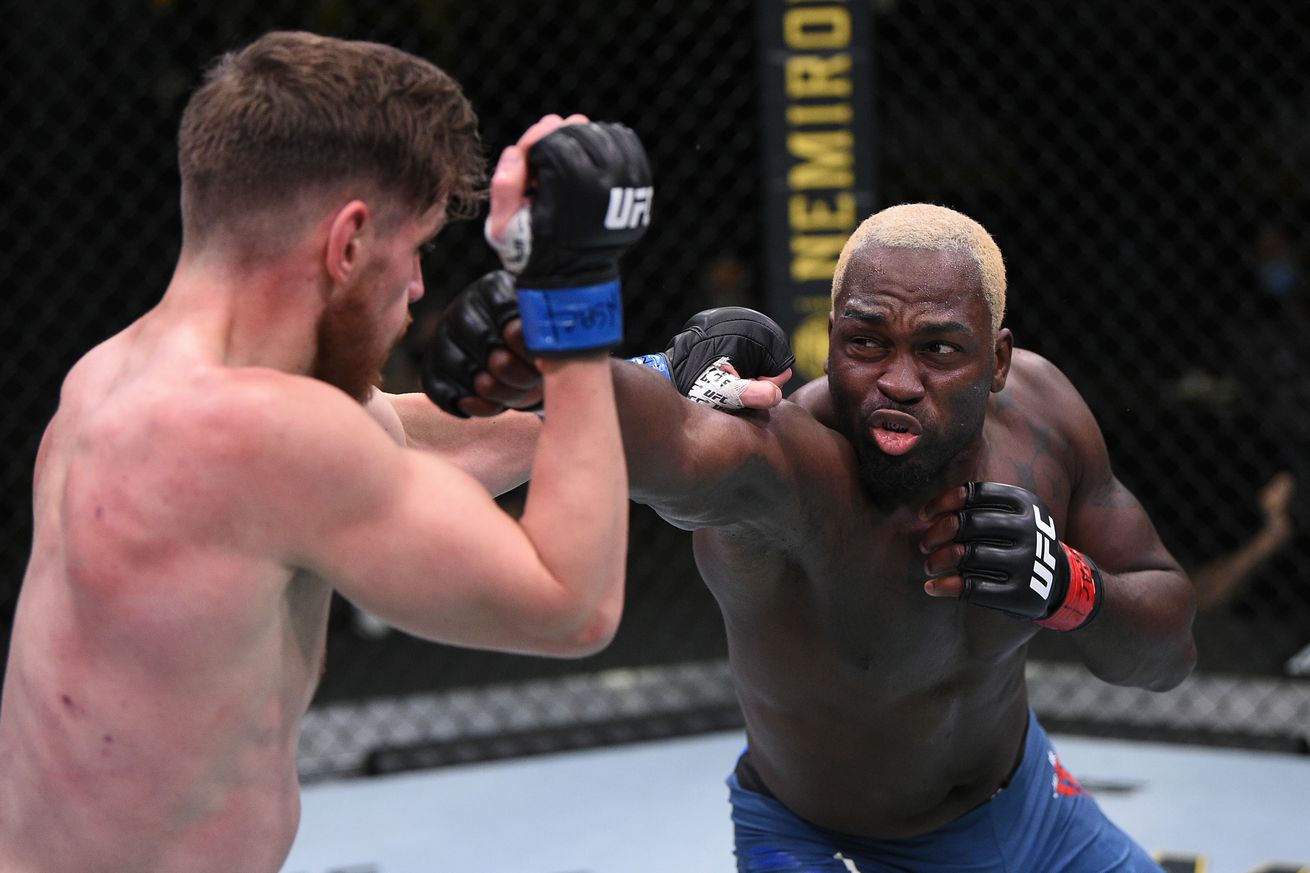 It was a night to remember for Derek Brunson as he handed Edmen Shahbazyan his first loss with a TKO victory in the main event of UFC Vegas 5.

What was the high point of the fight?

Both Brunson and Shahbazyan had a good first round landing some good strikes on the feet. In the second round the tempo of the fight changed completely as Shahbazyan was getting dominated by Brunson eating some heavy punches on the canvas.

After the cageside doctor checked on Shahbazyan before the third round, the fight was quickly over when Brunson landed some heavy ground and pound in the third forcing the referee to stop the fight.

Where do they go from here?

The win showed that Brunson is far from dead and buried at 185-pounds. Brunson is now on his best winning streak in the UFC since 2016, winning his last three fights. Maybe a fight with Jack Hermansson is good next for Brunson.

The loss to Brunson means Shahbazyan is no longer undefeated in his professional career. Despite the loss it’s no doubt that Shahbazyan is still a legitimate contender at middleweight, so maybe a fight against Brad Tavares or Marvin Vettori is a good one to make next.

Watch it now, later or never?

It was an impressive finish by Brunson, watch it now.

How does this one end? ⤵️ #UFCVegas5 pic.twitter.com/RfsQ0EkK3T

We continue to the third and final round. #UFCVegas5 pic.twitter.com/WXj8E65Hc4