Roosters legend Brad Fittler has expressed scepticism at the reason Trent Robinson gave for omitting halfback Kyle Flanagan from his tonight's clash against the Dragons.

Earlier this week Robinson didn't name the former Sharks star to face St George Illawarra - the team Flanagan's dad Shane is an assistant at - and instead called up Lachlan Lam to wear the No.7 jersey.

Later the Roosters coach told media he did not rest his half as it had been assumed by some NRL reporters.

But Fittler believes he was not dropped on form, instead suggesting his work-rate and undersized physical condition simply meant he needed a break.

"He's averaging more tackles than any other half in the competition," Fittler told Wide World of Sports' Freddy and The Eighth.

"He's over 25 [tackles] a game, and a couple of tries went over the top of him, just purely because of his size." 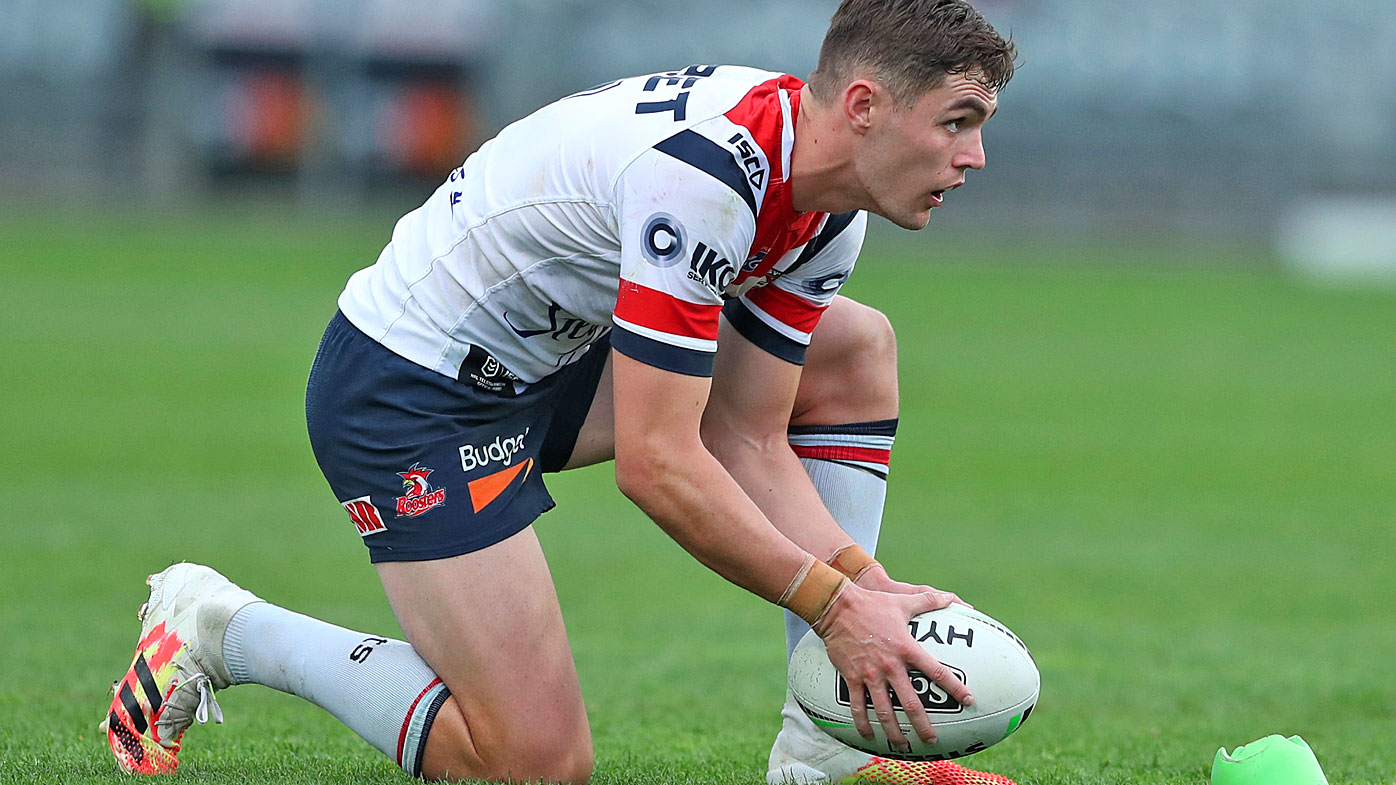 Fittler and Immortal Andrew Johns agreed that Flanagan's slim frame needs more bulk, using Penrith Panthers halfback Nathan Cleary as an example of the physical transformation necessary to cope with the rigours of the NRL.

"Physically he's just got to get a bit bigger," Fittler said of Flanagan.

"You see what happened to Nathan Cleary over the last three or four years. You just need pre-seasons to be able to go through that growing period.

"I felt like he just needs some time, y'know? Time to go and do a bit of training. I think it's as much 'resting', as it is 'dropping'.

"But Lachie Lam definitely deserves his chance as much as Kyle needs to be rested." 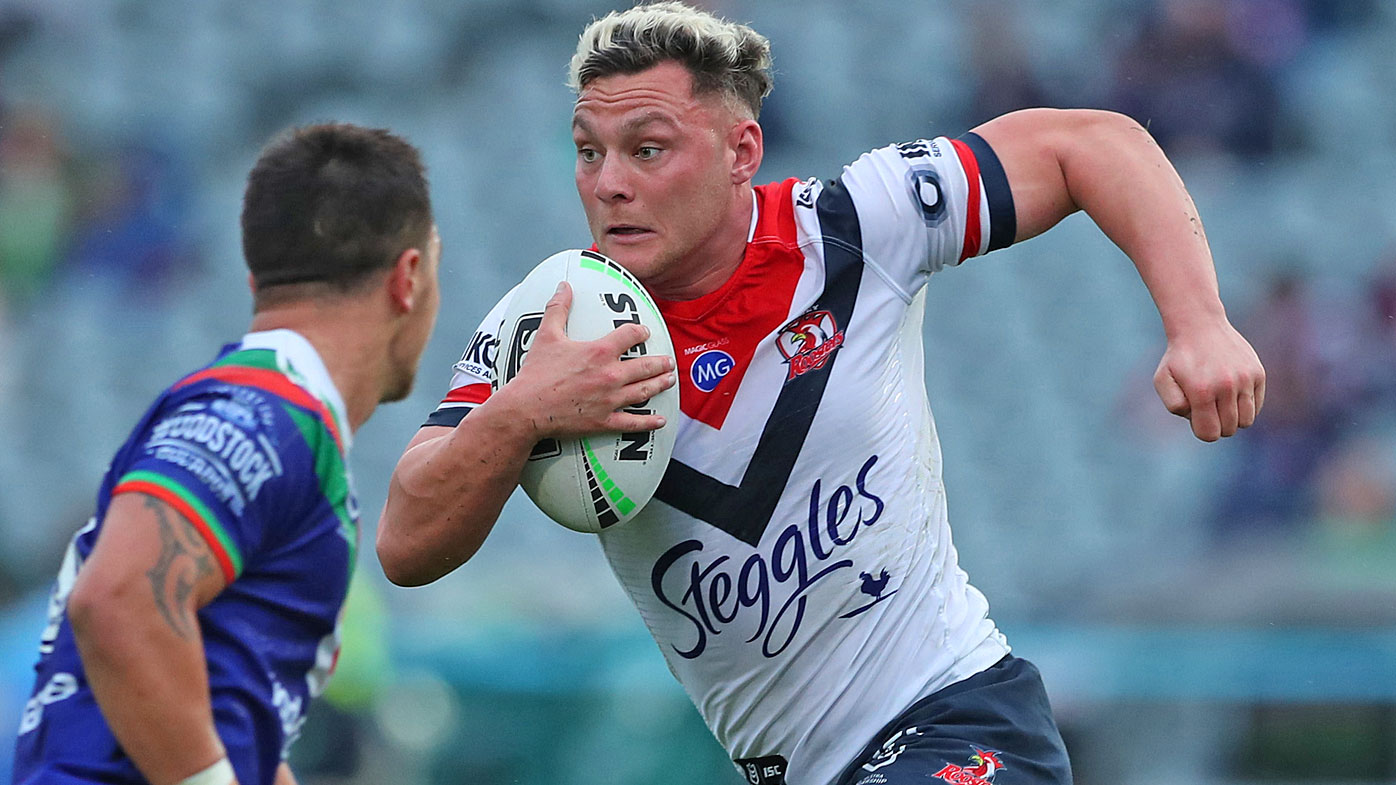 The Roosters have been hit hard by injuries this year, and face a resurgent Dragons side at WIN Stadium on Thursday night.

Johns praised Robinson for "not being afraid to make big decisions" despite being the defending premiers, however he too was surprised by the call to drop Flanagan for another promising young Rooster, Lam. 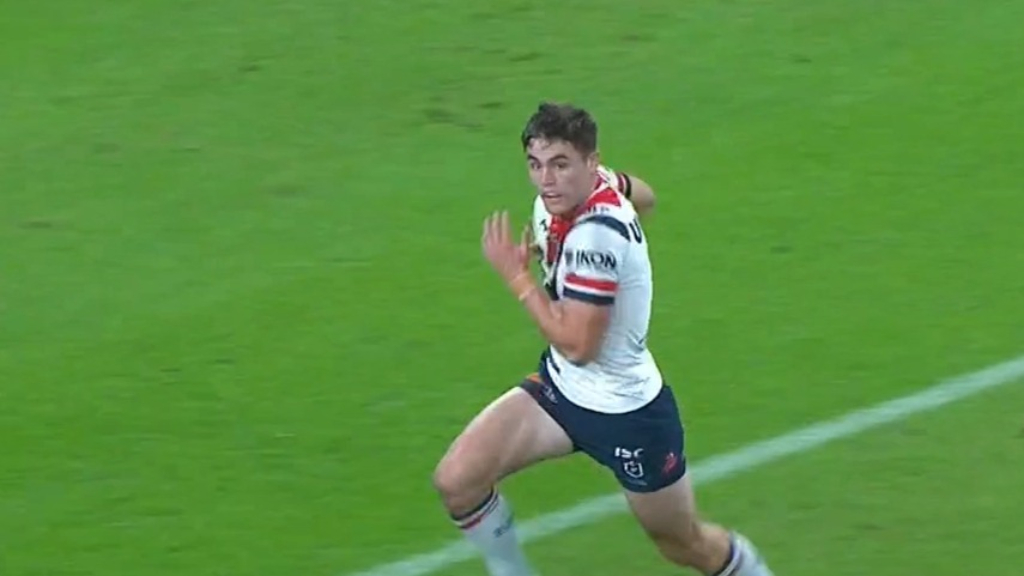 "But for some reason Trent is going to put Lachlan Lam in. I'm impressed with Lachlan Lam actually. He's been coming on playing dummy half and defending really strong."

Johns hypothesised that it could be the coach giving a reality check to his formidable team that no-one is safe.

"Just maybe sending a message to the young man - you can't ease up, you've still got to work if you want to play in that No.7 jersey," he said.

Boyd breaks down after emotional tribute