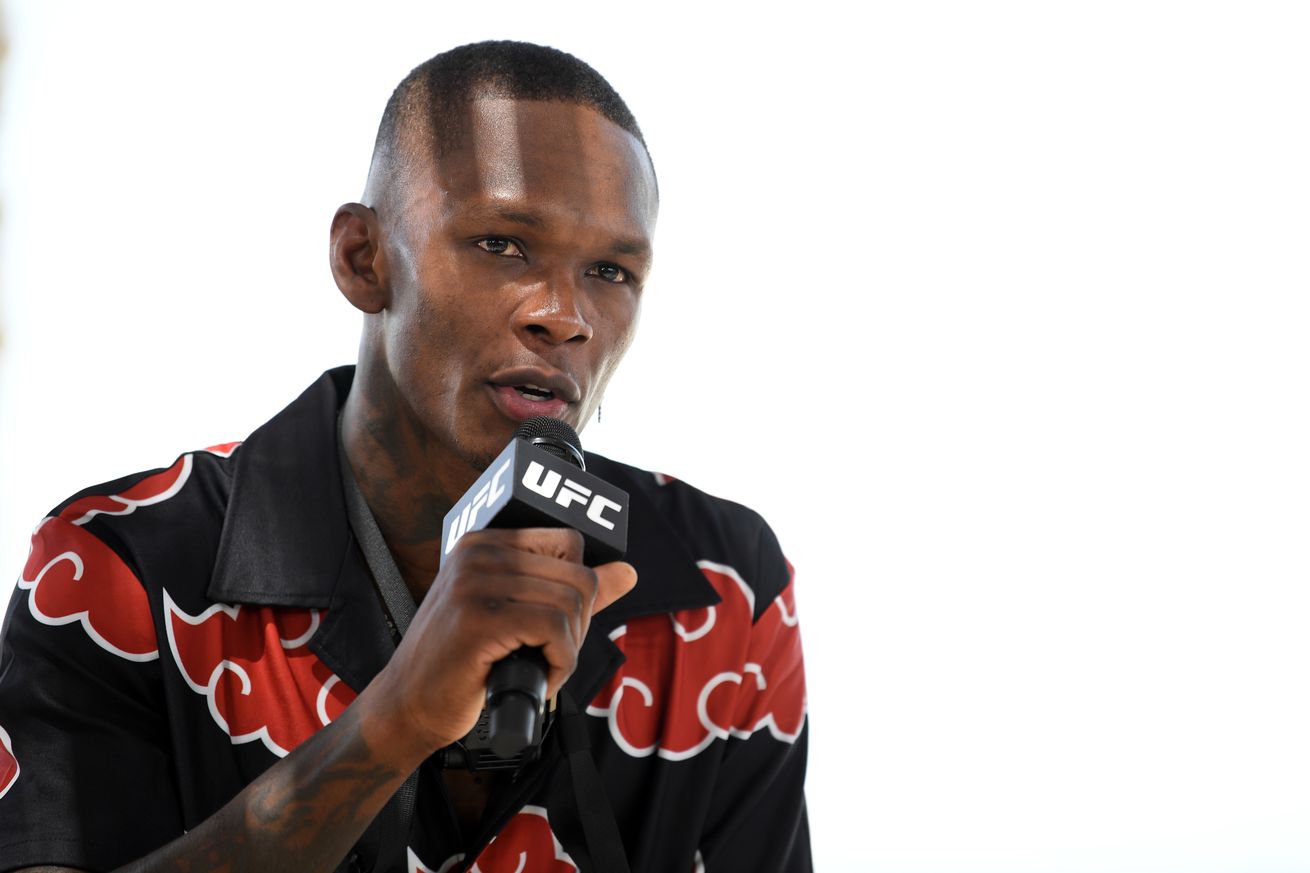 A number of UFC fighters have reacted to Colby Covington’s recent comments on the Black Lives Matter movement.

Last week, both before and after defeating Tyron Woodley in the main event of UFC Vegas 11, UFC welterweight Colby Covington made a series of inflammatory statements about the Black Lives Matter movement. Covington also made derogatory comments towards both Woodley and UFC welterweight champion Kamaru Usman.

In his post-fight press conference Covington said the following about Woodley and the Black Lives Matter movement, a cause that Woodley—who is from Ferguson, MO—strongly supports:

“They shouldn’t be attacking police. If you’re breaking the law and you’re threatening the cops with weapons, you deserve to get what you get. Law enforcement protects us all. If we don’t have law enforcement, it’d be the wild wild west.”

“[Woodley]’s a communist. He’s a Marxist. He stands for criminals. He hates America, and that’s why he got broke tonight.”

That same night, during a heated exchange with Usman—who was born in Nigeria and immigrated to the United States when he was 8-years-old—Covington said the following:

Since these comments a number of UFC fighters have spoken out and publicly criticized Covington.

Among them is top ranked welterweight Leon Edwards. He called Covington a “racist scumbag” online and then told Damon Martin of MMA Fighting he was disappointed in both the UFC and ESPN for allowing Covington to say such things with seemingly no repercussions.

“That’s what got me – the UFC has said nothing about it,” Edwards said. “ESPN has said nothing about it. Letting it flow like it’s a normal thing to f**king say and do and it’s not. Your tribe and smoke signals and blah, blah, blah, and he’s calling Woodley a terrorist because of Black Lives Matter. All these statements he’s making is racist. There’s no other way to go around it.”

“If it was the other way around, if a Black athlete was saying to a white athlete in that regards, people would report it straight away. I find it very weird that no one is stepping up and no one is saying anything. UFC isn’t saying anything about it. ESPN is allowing it to carry on. I understand he’s creating a character, but race that’s not a character. That’s just hate, and he’s spreading hate. I never liked the guy and after that – I 100 percent don’t like the guy.”

“He’s wearing a MAGA hat and talking about politics all day, but when we do it, it’s, ‘We don’t want to hear about it, you shouldn’t talk about it,’” continued Edwards. “When Colby does it, it’s, ‘He’s standing up for what’s right.’ It is a sad thing, but that’s the way world is. Nobody is pulling him on it. UFC hasn’t said nothing about it. ESPN ain’t said nothing about it. It is what it is. It’s f**ked up.”

“It just shows you the landscape of the media, what it is right now,” said Adesanya (per MMA Fighting). “I made a joke about dropping [Yoel] Romero like the Twin Towers and everyone lost their mind, even if I said it was a joke and it was pretty funny, but people took it as I was being offensive and digging – but I was making a joke.

“This guy has directly insulted my culture, my brother and many other cultures and stuff and no one says anything. But it just shows you a mirror. Shows you a mirror to you guys. So yeah, I don’t really care. Kamaru Usman broke his jaw.”

Hakeem Dawodu and Sijara Eubanks, both of whom compete at UFC 253 this weekend, also discussed Covington’s comments.

“That’s racist. They were almost worried about my walkout song, and he’s going to be saying stuff like that and that’s crazy, especially on such a big stage. I feel like that’s only going to promote more and more divide and cause more and more issues. He’s got the president calling him, backing him up on that. I don’t really appreciate it, and that’s how it is I guess.”

In her comments Eubanks made sure to point out she didn’t accept that Covington should be given a pass over the possibility that he is putting on some kind of act.

“Let’s be real first and foremost, it wasn’t unfortunate, it was flat out racist what Colby was saying,” Eubanks said. “It was racist, it was disgusting and quite frankly disappointing. But at the same time, the one thing I do appreciate is the UFC lets whoever say whatever. They have never muzzled us as fighters. If you want to talk, don’t want to talk. If you want to be political, you don’t want to be political. I have to appreciate that the company lets us say what we want.

“It is America, and everybody can say what they want, but to be fair, I think guys that talk like Mike Perry and Colby Covington, I think a lot of things they say are racist and disgusting. I think it should be reported as such instead of unfortunate or controversial. Like let’s be real, it’s racist. He’s calling the guy a Marxist and a communist, and he’s saying that he’s un-American. Like if you’re born in this country, you’re American. I don’t give a damn. If you were born in this country, I don’t care what your background is, what your race is, what your socioeconomic status is, you’re an American and that’s it. To have another American say that you’re not, I think it’s flat out f**ked up. It’s more than unfortunate.”

“If I came out and called somebody a redneck or honky or something like that, I don’t think I would get that kind of pat on the wrist like Colby got,” continued Eubanks. “People are rushing to his defense, ‘Oh, he’s just promoting himself.’ He doesn’t need to promote himself at this point to that extent. If you can say it out and pretend it’s a schtick or show, I just don’t think playing with something that’s sensitive as race, especially in the timeframe that we’re in, is something that you should use to promote yourself, and I don’t think it’s promotion.

“I think it has to come from some source of how you really feel. If not, you’re a terribly good actor, and quite frankly, it’s disgusting that people defend them. Same thing with Mike Perry. Mike Perry dropped the ‘N’ word all over the place and he pushed around people and women and everyone’s like, ‘Oh, he needs help.’ No, that’s abusive and alcoholic and racist. That’s what it is. I think when it starts getting presented as such, hopefully, things will start to change a little bit.”

‘My friend, I will miss you’ Wasim Akram pays tribute to late Dean Jones