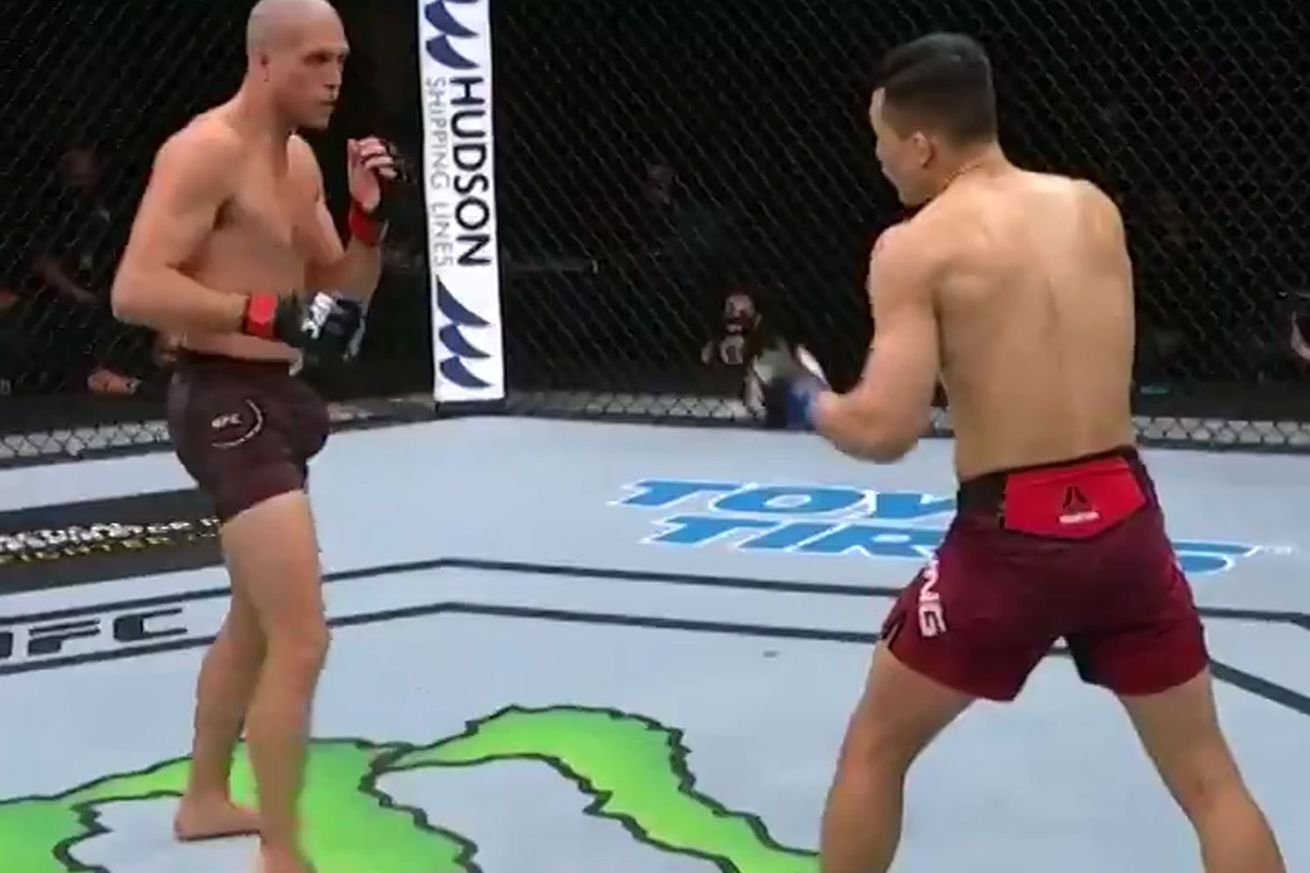 What was the deal with Brian Ortega’s ridiculously oversized protective cup? Several MMA fighters shared their thoughts and theories.

There was a lot to notice during Brian Ortega’s big featherweight comeback fight at UFC Fight Island 6. His new haircut: completely bald, after he shaved off his flowing locks in solidarity with cancer victims. His new team, which includes oldschool UFC vets Paul Herrera and Tiki Ghosn. His new fighting style: as slick on the feet (and in southpaw) as he is on the ground. And his ... giant protective cup?

It certainly feels silly to bring this up, but believe us: we’re not the only ones talking about Brian Ortega’s enormous jockstrap. Many other fans and even MMA fighters saw what they considered to be an unusually large lump in T-City’s tights and took to social media to comment on it.

First take a look yourself and tell us that’s not ... bigger than necessary?

Now see what MMA fighters had to say:

So are we just not going to talk about the giant cup? I mean really bro?

I mean somebody’s gotta ask Ortega about the cup right

Alas, nobody during the post-fight press conference did ask Brian about the cup. But Diego Sanchez had a theory:

It’s extra two inches of leverage on an arm bar

Would “T-City” really go black hat like that for a little extra leverage? Perhaps he’s just gifted in more ways than just his fighting abilities. We’ll have to wait until ‘Phase 2’ of Ortega’s comeback goes down to see if he shows up in the same XXL cup, I suppose.

WCW Wrestler Johnny Meadows Passes Away Due To COVID-19