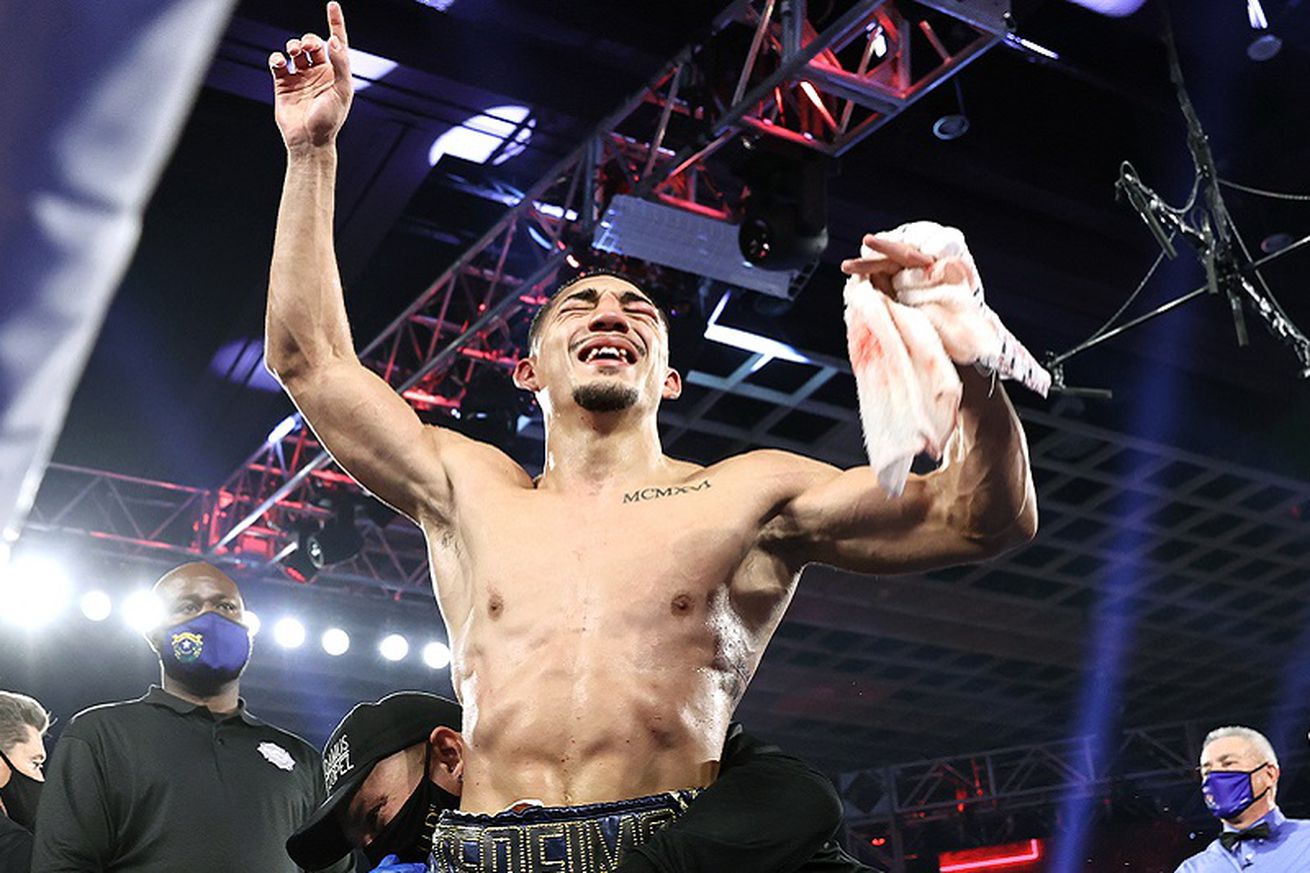 “The Takeover” is here, and it’s real, as a new superstar was born in Las Vegas.

Lopez (16-0, 12 KO) didn’t even have to knock Lomachenko out, or put him on the canvas. He won the fight by rather clear decision, taking scores of 116-112, 117-111, and 119-109, and while the latter was probably a couple rounds wider than realistic, there’s really not much argument that Lopez earned this win.

Bad Left Hook had the fight 116-112 for Lopez on both of our unofficial score cards.

Lomachenko (14-2, 10 KO), whose technical wizardry and tactical genius has been his calling card even going back to the amateurs, took a pretty bold strategy in this fight, as you could argue he gave away the first seven rounds, or at least the vast majority of them.

Lopez didn’t do anything particularly great as far as eye-catching offense goes in those rounds, but he also didn’t let Lomachenko “download” enough pertinent information quickly enough to get going until the eighth round, and he constantly threw more and landed more, worked smart and in extremely patient fashion, and showed the boxing skill he’s boasted was hidden beneath his flashy knockouts.

In short, Teofimo Lopez walked the walk, and even after the 32-year-old Lomachenko came alive and made it a much better fight starting in the eighth round, he never got too rattled, even when the Ukrainian was doing vintage Lomachenko work in sports.

“I had to dig deep. I’m thankful, I’m grateful, and each and every day I take that in,” Lopez said after the fight. “I had to dig in there, and it feels good.”

Asked about his father and trainer, Teofimo Sr, telling him to fight cautiously in the 12th round, Lopez explained why he didn’t, why he went out and took that round by force.

“I knew (Lomachenko) was coming. I can’t give him that,” Lopez said. “I don’t know if (the judges have) got him up on the score cards or not. I come to fight, and I come to win.”

Lopez had said before the fight that he felt he’d seen something in Lomachenko he could take advantage of, and revealed after winning that it was all pretty simple in theory, though obviously tough to execute.

“You just gotta keep pressuring him, putting the gas on him. Stick the jab, don’t give him that opportunity to set up,” he said. “Every time he wanted to throw, I had at least something for him coming back.”

As for Lomachenko, he was understandably pretty downtrodden with the loss, his first since 2014.

“I think in the first half of the fight, he got more rounds than I did, but in the second half, I took it over, and I was much better,” he said through a translator, his manager Egis Klimas. “But I want to go home and review the fight. Right now I can’t comment too much about it, but definitely I don’t agree with the score cards.”

Pressed to answer whether or not he felt he won, Lomachenko said, “I think I won the fight, but the result is the result, I’m not going to argue right now. I need to see what’s on the video.”

Lomachenko said he’ll discuss with his team what comes next, but obviously this is a tough, tough loss, and it wouldn’t be surprising to see him possibly look to move back down in weight to 130 or maybe even 126.

As for Lopez, he’s flying high. Bob Arum has confirmed this match had no rematch clause, and he’ll have to figure out what comes now.

“Take me to 140, or I can fight the two-time email champion Devin Haney if they want that,” he said.

“All it is, man, ‘The Takeover,’ it’s time for the new generation to come up. It’s me taking the lead for everyone.”

You were waiting for Loma to step on the gas?

Round 8 just got everyone to the edge of their seats. #LomaLopez | LIVE NOW on ESPN pic.twitter.com/Esv1AERusU

Go full screen and soak this all in.#TheTakeover was more than just a nickname all along for @TeofimoLopez #LomaLopez pic.twitter.com/5IEl1i209h