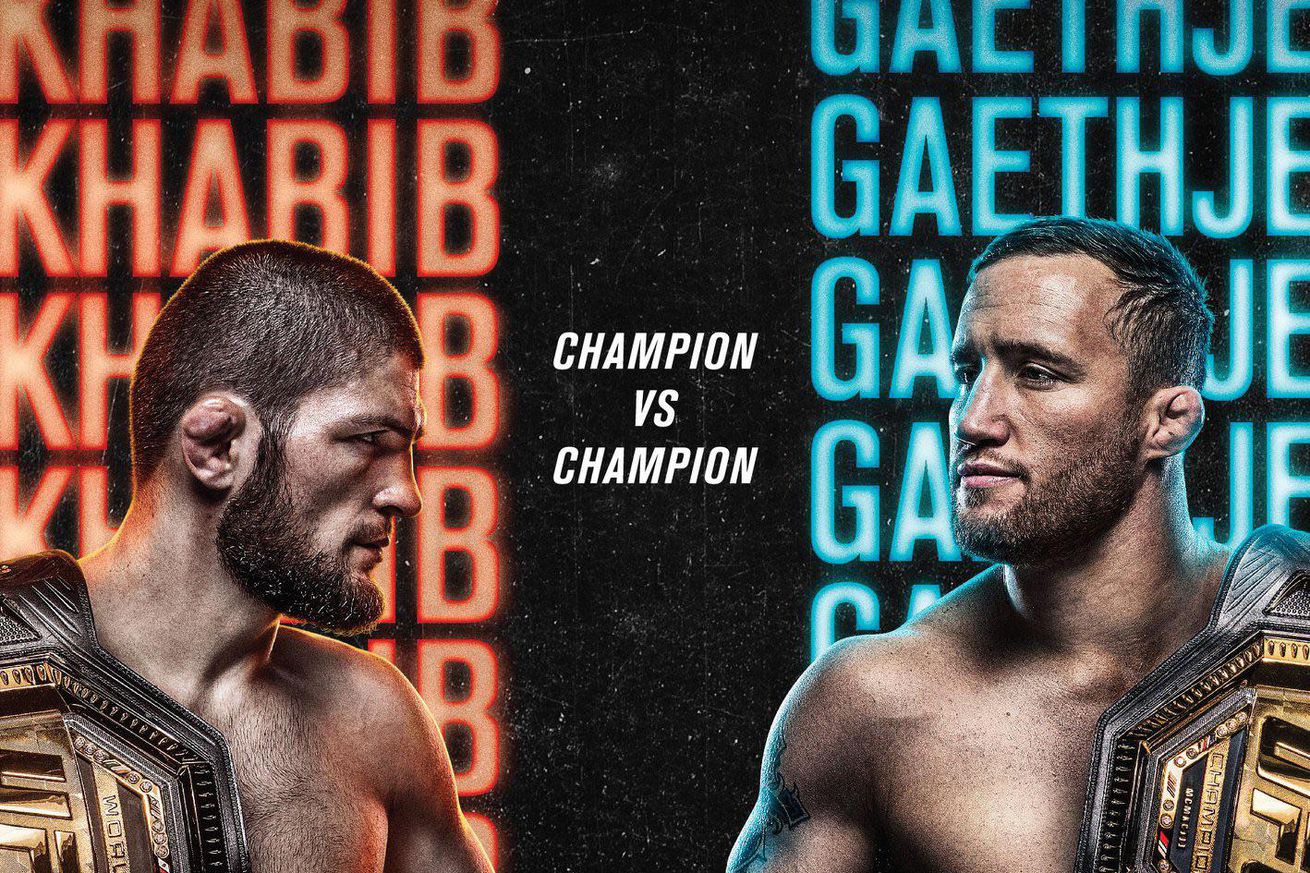 UFC 254 goes down on October 24th and to promote the event the fight promotion has uploaded the full Countdown show for fans to enjoy.

Well, it’s almost time! For UFC 254, one of the biggest pay-per-view combat sports cards of the year, which goes down October 24th. Headlined by lightweight champion Khabib Nurmagomedov vs. number one contender Justin Gaethje, it’s a fight that’s guaranteed to generate fireworks however it turns out. We assume regular MMA Mania readers are hyped to the hilt for this show already, but if you’re still trying to get your fight ignoramus friends on board, what better way to convert them than with this slickly produced UFC 254 Countdown show.

The UFC has kindly shared the entire 48 minute video with everyone on YouTube for consumption, and it goes over the past several months in dramatic detail: the Coronavirus pandemic that has rocked the world and forced the UFC to take refuge on Fight Island, Abu Dhabi. Khabib’s father Abdulmanap Nurmagomedov succumbing to COVID-19 over the summer. His rocky road back into the gym. The haunted look in his eye. And Justin Gaethje, the killer, looking relaxed and content and training harder than ever.

Will this finally be the fight that sees Khabib taste defeat for the first time in his MMA career?

Also featured on UFC 254 Countdown is the fight between Jared Cannonier and Robert Whittaker for the chance to fight middleweight champion Israel Adesanya. “The Last Stylebender” has already said he looks forward to facing Cannonier. And even though Adesanya just beat Whittaker to take the belt a few fights ago, UFC president Dana White has made it clear Adesanya vs. Whittaker 2 would be a massive fight in Australia / New Zealand where Whittaker and Adesanya fight out of, making a runback a very appealing (and profitable) idea.

Cannonier is an underappreciated contender so this is a great way to catch up on his fine work in the cage (and crunchy crystal fixation outside of it). Whittaker? We never pass up an opportunity to enjoy Bobby Knuckles’ violent performances.

Here’s the full card as it stands:

MONDAY NIGHT REIGNS-O-METER #106: Tracking Roman Reigns’s ability to beat the odds and come out on top