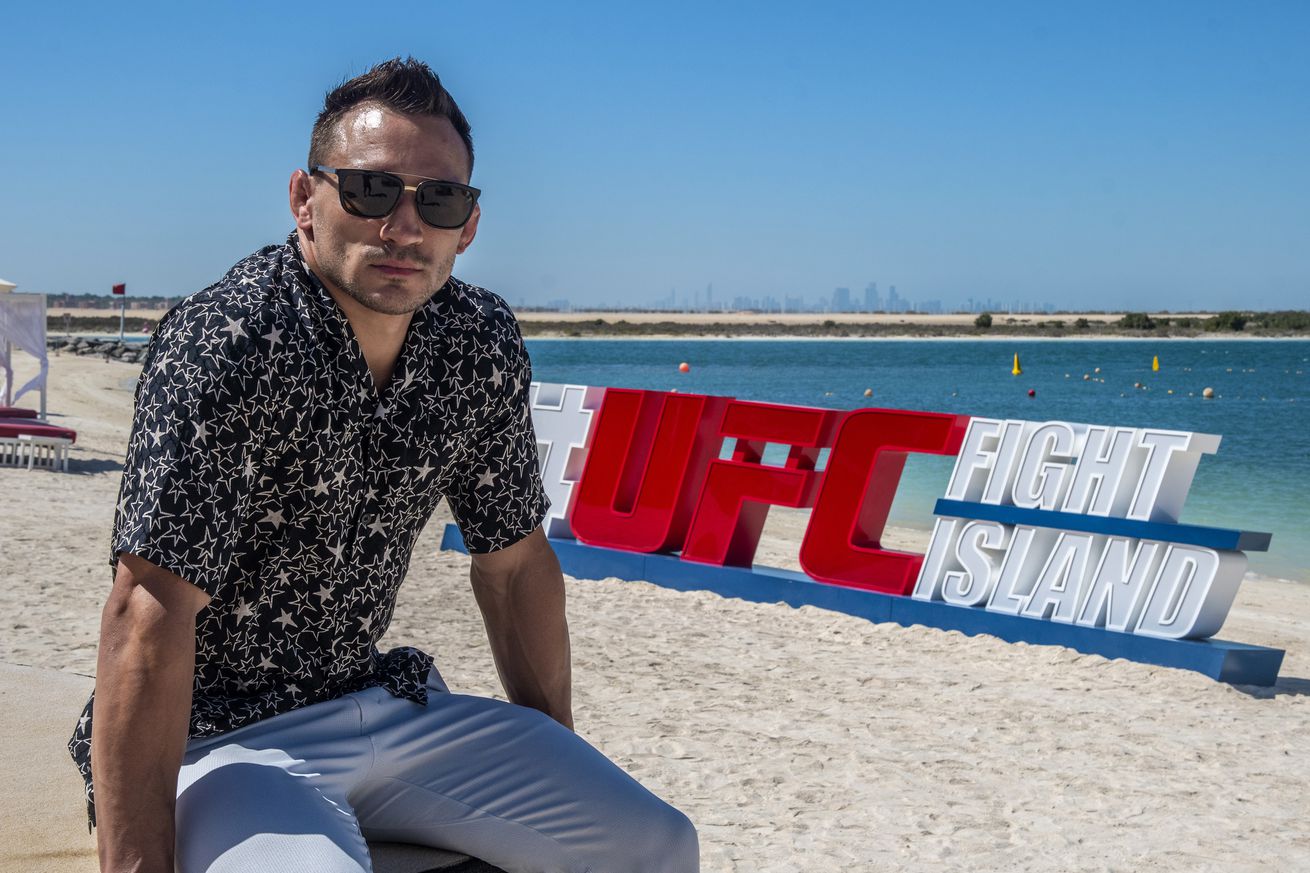 Bringing you the weird and wild from the world of MMA each and every weeknight!

Michael Chandler signing to UFC is likely the promotion’s biggest pickup of the year. He joins an already talent-rich Lightweight division, but with Khabib Nurmagomedov retiring unexpectedly, perhaps the timing is perfect to bulk up the division even further! UFC is treating the Chandler signing like a major move, injecting him right into the title mix as the back up for the Lightweight title last week.

Chandler gave his take on the Lightweight while talking with The Schmo, “There’s a lot of different options right now,” Chandler said (transcription via MMAFighting). “I think with the way the landscape looked - you had Gaethje and Khabib with Khabib as the lightweight champion after tonight - I was thinking Tony Ferguson. But now you’ve got Jon Anik and Justin Gaethje talking after the fight. Gaethje is a gamer. Justin Gaethje is one of the greatest competitors that we will ever get to see grace the octagon . . . (and) he said he’s ready in six to eight weeks, he’s ready to fight again. He didn’t take that much damage in this fight, which is great. I’m ready in six to eight weeks, he’s ready in six to eight weeks, there’s a Tony Ferguson fight, there is The Ultimate Fighter coming up, I know that’s gonna be a big debut for ESPN. Culminating in a lightweight title shot seems like nonstop action for ESPN so I would love to be a part of that as well. So we’ll see what happens.”

More than anything else, Chandler is chasing the excitement factor of a bout opposite “The Highlight,” which would surely guarantee at least one bonus for someone!

“At this point, with the way everything changed tonight, I think a fight with Justin Gaethje has always excited me more than anybody in the entire division,” Chandler concluded. “More than Conor or Khabib, even though the mystique of beating Khabib and taking his 0 is something special, or fighting Conor on the highest grossing card of the year and making the most money, the red panty night as he likes to call it. Those are all wonderful but when it comes to just straight competitor versus competitor, hand to hand combat, mano a mano, small-town blue-collar American wrestler versus small-town American blue-collar wrestler, that’s me and Justin Gaethje stepping into the cage against each other, so that’s exciting to me.”

Ultimately, the fight does indeed make sense if Gaethje is looking for a quick turnaround. However, Ferguson is always waiting in the ranks and apparently ready-to-go, so “El Cucuy” may have first dibs on the former Bellator champ.

One thing is certain: Lightweight is still stacked!

Training camp is under way for Conor McGregor (via @TheNotoriousMMA) pic.twitter.com/aPVNkL77wl

I don’t know if I believe this or not, but the idea of Khabib choosing to submit Justin Gaethje with a specific move is awesome ... but is it too soon to say that maybe Gaethje should train more BJJ? Khabib is Khabib, but he gave up terrible positions immediately.

You need to hear the reason @TeamKhabib switched from the armbar to a triangle against Justin Gaethje at #UFC254 (via @dc_mma) pic.twitter.com/jjCXgm3r3e

It is a great tragedy of our time that Khabib vs. Ferguson was stolen from us by the MMA Gods themselves. “El Cucuy” still has hope, apparently!

El Cucuy sends a message to Khabib via his Instagram story (via @TonyFergusonXT) #UFC254 pic.twitter.com/ygZvTUla7T

Chase Hooper tried to crack a Borat joke after Shavkat Rakhmonov’s killer debut win (WATCH IT!), and he paid for it.

UFC Europe really didn’t have to do Jessica Eye like this.

Alex Oliveira was dealing with more than we thought during fight week.

Sending positive thoughts to UFC's Alex 'Cowboy' Oliveira. His manager Alex Davis (@Alexdavismma) tells me Oliveira's 2-month-old son got sick last week, and has been admitted to an ICU. Oliveira is using his fight money from UFC 254 to move him to a private hospital.

Speaking of Rakhmonov, here’s the Welterweight countering a different takedown with another slick submission back in M-1!

Shavkat Rakhmonov finished Adam Tsurov with a Triangle in Round 1 to win his Pro debut at M-1 Challenge 52 - Battle of Narts #UFC254 pic.twitter.com/NQPhhfm6TB

Knock downs off the jab are always cool!

I got sent this video recently, and it’s a true representation of my household every single night.

Midnight Music: I have a bunch of new releases to check out, but that didn’t happen today, so here’s an old psych rock classic.