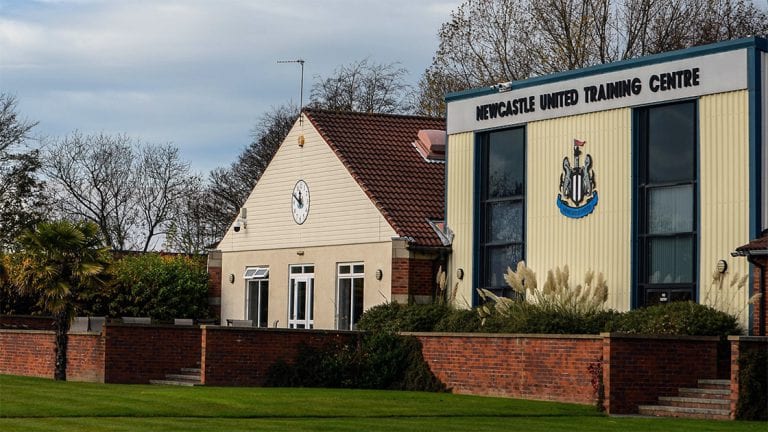 As this Newcastle United season continues to go from the bad to the downright ridiculous, I was always wondering when the customary discontent and rumblings behind the scenes would rear their ugly heads.

Whenever a club is in trouble, stories emanate from behind closed doors about certain players not being happy and now we have the Dust up at Darsley Park involving Steve “The Shoulder-Barger” Bruce and Matt “The Renegade” Ritchie.

It’s hardly the St James Park scuffle between Keiron Dyer and Lee Bowyer but we’ll have to make do.

If press reports are to be believed (and so far there has been no denial of events), Matt Ritchie was wanting a discussion with his manager about why he had thrown numerous players, including Ritchie himself, under the bus for the team dropping two points against Wolves at the weekend, Ritchie labelling his manager a “coward”…

Now there are various ins and out of the incident but the genesis of all this originated back at the beginning of last week.

If you recall, Steve Bruce reportedly tipping off his friends in the media that he was going to switch his goalkeepers for the Wolves game, preferring Martin Dubravka instead of Karl Darlow. Now in my opinion this was the wrong decision because Karl Darlow hasn’t been the reason for the club not picking up enough points and his performances have been good but if the manager preferred Dubravka in goal then fine, I don’t have a problem with the selection. How and when Karl Darlow finds out about the decision is what rankles with me somewhat.

Fast forward to after the Wolves shambles and publicly blaming defender Jamal Lewis for not stopping the cross that led to the equaliser, apportioning blame to Martin Dubravka for the same goal AND hinting that Ritchie himself was at fault for not passing on tactical instructions quick enough, is a somewhat reckless approach to take. Throw in that he lambasted Joelinton for missing a chance at the other end and that Captain Jamaal Lascelles said in a live interview after the game that he was going to go straight into the dressing room to ask questions and I have to admit, it takes some going to alienate so many people in the space of just a few seconds.

All this could have been avoided either in part or in full at Newcastle United.

Not dropping a goalkeeper that had been performing admirably and had certainly kept the manager in the job would have been one, or how about at least being honest with him for starters?

Playing a recognised left back in Paul Dummett instead of one that’s hopelessly out of form is another.

Playing at least one actual striker instead of none at all with two sat idle on the bench for the full 90 minutes is also a perplexing conundrum. The list of problems that Bruce needlessly causes is unbelievable, given that he’s been in the game so long. Even a rookie would struggle to make so many mistakes all at once.

You could delve further and ask why Bruce still hasn’t integrated Dwight Gayle into the starting line up after 18 months, despite repeated praise of him.

Why wait until the excellent Callum Wilson is crocked before thinking Gayle or Carroll might benefit from some more substantial game time? Surely this would benefit both the pair of players AND the team? Why persist with the always failing Joelinton?

You can also query why under Steve Bruce we have seen both Allan Saint Maximin and Miguel Almiron played until they literally dropped. Why does none of this ever seem to be the Head Coach’s fault?

In the report about Tuesday’s coming together at the training ground of Ritchie and Bruce, an interesting side note came out. Matt Ritchie wanted to speak with Steve Bruce on Saturday night after hearing his comments and Bruce apparently said he would deal with it in training on Tuesday.

Which manager lets such a problem fester for three days?

Also, the match was played late on Saturday night and the next training session is Tuesday? What happens on Monday then? How many training sessions are taking place during the week and when?

We’ve all heard about the supposedly lax way that Bruce conducts training at Newcastle United but surely a Monday (if not Sunday) morning “debrief” is simply normal at any club? Maybe it’s Jonjo Shelvey’s golf day. No wonder the same player has also come out in glowing reference for Bruce. Sod all this running about and tactical malarky, there’s a golf handicap to get down. These are supposed to be professional footballers and supposedly athletes.

No matter what the answer to all these questions give us, the charge sheet is racking up against this manager and yet nobody should be surprised. Incompetence is infectious and any one incident would raise eyebrows, a few would set alarm bells ringing but when you add injury mismanagement, shocking team selections, in game management and now blatantly bad man management skills go with the awful performances and even worse results, you can’t help but come to the conclusion that this club’s Premier League status is on borrowed time and has been since Bruce walked through the door.

He typically doesn’t last two years at a club, there are glaring reasons for that.

All season, I and many others have said that Newcastle United won’t be relegated and I’ve still got a sneaky feeling that a result will come along to prolong this charade, despite the influence of Steve Bruce.

That said, incidents over the last few weeks have made things far less certain and should cause anyone to review such a confident stance in light of the ever unfolding mess that is going on right now.

The post Shambles at Newcastle United appeared first on NUFC The Mag.

A red card for Steve Bruce

A sign of better times ahead for Newcastle United?