While Dylan Alcott made history by winning the US Open today to claim the Golden Slam, equally as entertaining was the Australian's celebration with the trophy in hand.

Following his straight-sets win over 18-year-old Niels Vink in the final, Alcott, with the championship trophy in his right hand, used his left to pour beer into the cup before downing the drink in celebration.

It was a moment that left American tennis great John McEnroe cheering on as it happened. 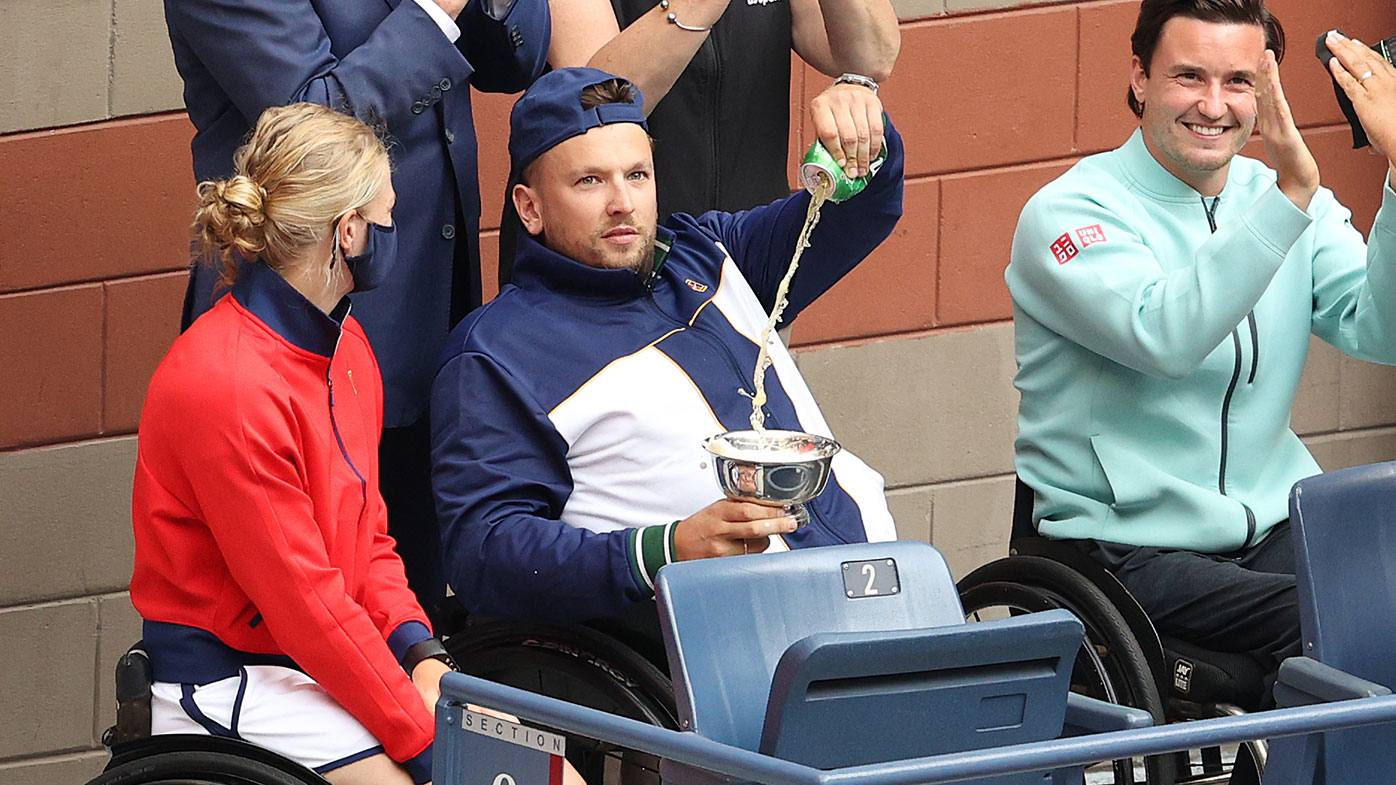 READ MORE: Medvedev 'sorry' after defeating Djokovic in US Open

The 30-year-old wheelchair tennis star received high praise from AFL identities like Tony Armstrong and Mason Cox, while there were even calls for him to be crowned Australian of the Year for his celebration.

After the match, an emotional Alcott credited his love of the sport for helping him through the tough times growing up.

"I used to hate myself so much, I hated my disability, I didn't want to be here anymore, and I found tennis.

"It changed and saved my life, and now to become the only male ever, in any form of tennis, to win the Golden Slam, it's pretty cool."