Let’s hear it for Jimmy Hard K, who has nothing to lose and everything to gain at the Fortinet Championship

NAPA, Calif. – When Jim Knous drained an 18-foot birdie putt from the front fringe at 18, he dug into the Phil Mickelson playbook and gave a thumbs up to the crowd. It wrapped up a splendid round of 7-under 65 at Silverado Resort & Spa’s North Course and by end of day he held a share of the 54-hole lead with Maverick McNealy at the Fortinet Championship, the kickoff event of the 2021-22 PGA Tour season.

That’s pronounced Kuh-NOUSE, or as a first tee announcer on the Gateway Tour dubbed him back in 2012, Jimmy Hard K, or just Hard K for short. If you’re unfamiliar with Hard K’s story, you’re probably not alone. The 31-year-old Colorado native, who played his college golf at the Colorado School of Mines, is making just his 25th career Tour start this week after earning the last available card via the 2018 Korn Ferry Tour Finals.

But as Harold Varner III, who also was 50th on the priority ranking order when he originally got his card, put it, “Last guy to make it through medical school is still a doctor.”

Hard K notched his lone top-10 finish on the PGA Tour here in wine country in 2018, but later that season he injured his right wrist at the RBC Canadian Open and it required surgery in August 2019. Asked if the wrist is 100 percent, he said, “maybe.” He paused and said, “more like 95 percent. I’m not sure it will ever be 100 percent again.” 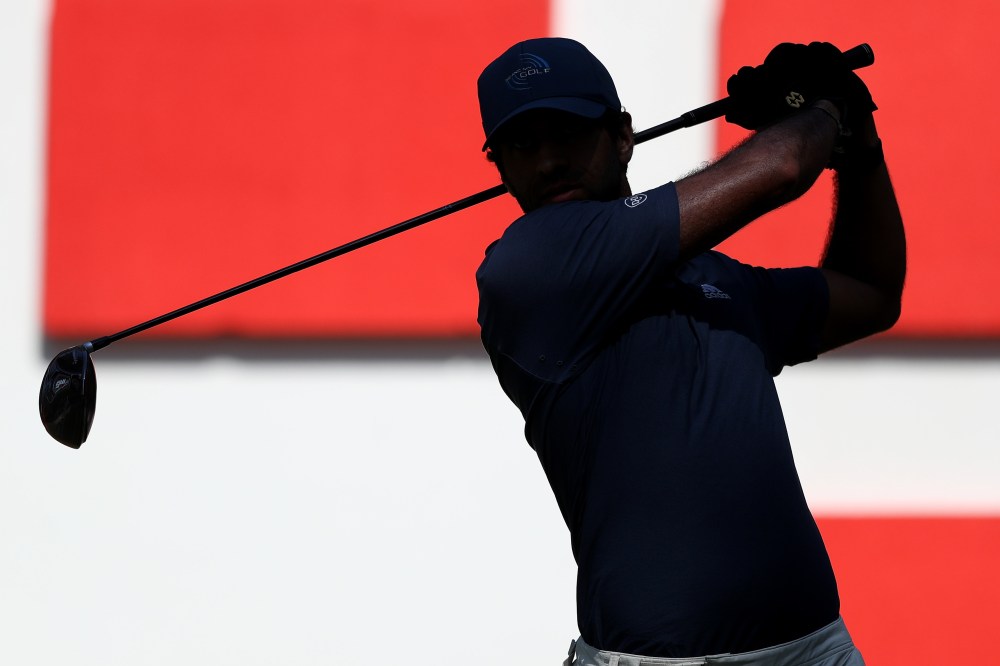 He’s trying to adopt the philosophy of his wife, Heidi, who told him this week, “Do your best, let God do the rest.”

On Saturday, his putter heated up and he made six birdies on the front nine, including five circles in a row on the scorecard beginning at the fifth. A bogey at No. 12 was a mere distraction and he rolled in birdie putts on two of the last three holes to tie for the low round of the day. Of his putting grip, which combines using a claw with his right hand and the grip going up his left forearm is something to see.

“I got a lot going on,” Hard K said. “My buddy back home, Derek, he said, ‘What are you doing with that? What is that? A Moose claw?’ I said, ‘Yeah.’ I used to just use it for practice strokes and then it just feels good so I kind of went with it about a month ago and it’s been working great.”

Hard K has never entered a final round of a PGA Tour event in a position better than T-18 and now he’s going to be sleeping on a share of the 54-hole lead and will play in the final pairing. His last win? He thinks it was the 2016 San Juan Open and that he earned $15,000.

On Sunday, he can lock up his card for the next three seasons, earn a seven-figure check and forget about having to sign up for Korn Ferry Tour Q-School. He hasn’t yet and said, “I don’t want to.”

No pressure. In addition to McNealy, a Stanford alum and Northern Cal native who is trying to win for the first time in front of hometown fans, there are 18 players within four strokes, including the Hall of Famer Phil Mickelson, World No. 22 Webb Simpson and last season’s rookie of the year Will Zalatoris. But to Hard K, he’s got nothing to lose and everything to gain.

“I just want to go out there and play with a winner’s mindset and try to win the tournament,” he said.

Sanderson Farms Championship: Being right after Ryder Cup is great, but SEC road…